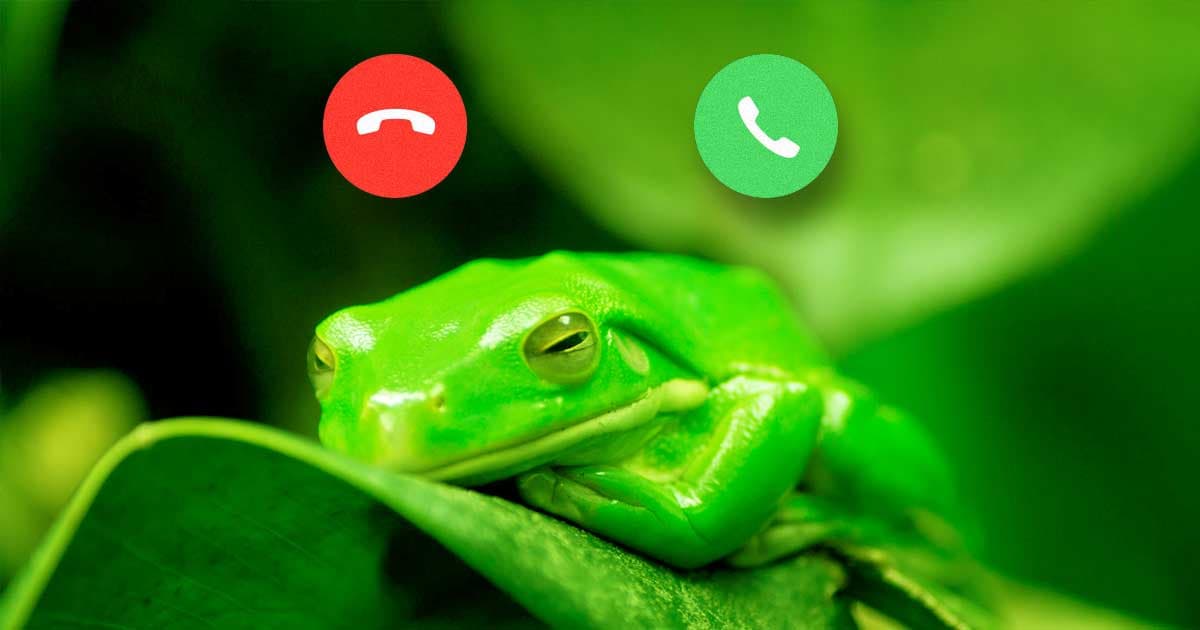 Scientists have finally solved an age-old problem: how to track wild frog populations without leaving the lab.

The answer is an acoustic surveillance device delightfully dubbed the FrogPhone, according to a press release. Using the FrogPhone, scientists can access remote survey sites and record frog calls from up to 150 meters away, immediately gathering important information on the health of an ecosystem.

We’ll be the first to admit that the idea of a FrogPhone is low-key hilarious. But goofy name aside, the tech stands to make ecological research much more time and cost-efficient, according to research published Wednesday in the journal British Ecological Society.

Instead of traveling to an area each time they need new data, scientists now need only visit each habitat once to set up a FrogPhone receiver. After that, they can simply dial in from the comfort of the lab.

The FrogPhone’s developers built a waterproof case that lets the device float, perhaps in the middle of a pond frequented by the slimy little fellas. Future iterations, per the press release, might include multi-directional microphones or broader capabilities for recording other animals’ cries, something that can help them better keep an eye on ecological health.

“The device allows us to monitor the local frog population with more frequency and ease,” said co-author and Region Frogwatch coordinator Anke Maria Hoefer, “which is significant as frog species are widely recognized as indicators of environmental health.”

More on frogs: You Can Now Genetically Engineer Your Own Mutant Frogs for $499

Brands We Love
Photosynthesis Is the Strategy Game That Lets You Take Control of a Forest Ecosystem
11. 19. 19
Read More
Cloud Cover
Climate Change Is Eliminating Clouds. Without Them, Earth Burns
2. 25. 19
Read More
AI That Counts And Identifies Wildlife Could Be A Game-changer For Ecologists
6. 6. 18
Read More
+Social+Newsletter
TopicsAbout UsContact Us
Copyright ©, Camden Media Inc All Rights Reserved. See our User Agreement, Privacy Policy and Data Use Policy. The material on this site may not be reproduced, distributed, transmitted, cached or otherwise used, except with prior written permission of Futurism. Fonts by Typekit and Monotype.