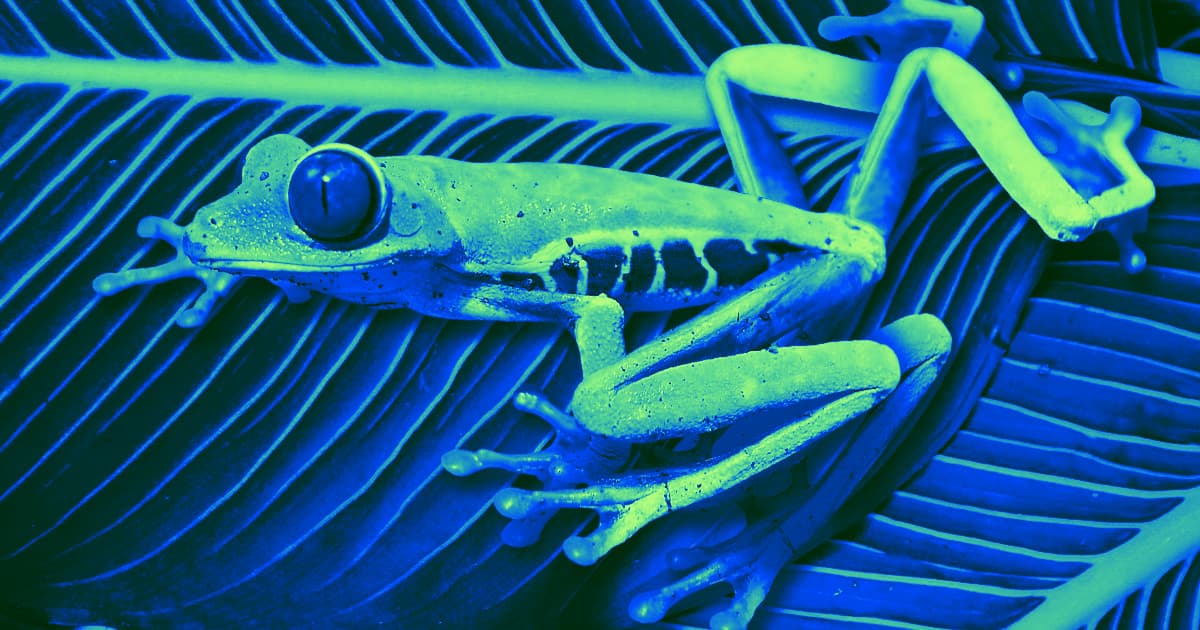 The limbs the frogs regrew were more like their original ones.

The limbs the frogs regrew were more like their original ones.

If a human loses a limb due to injury or disease, it's gone forever. Not so for others in the animal kingdom.

When an aquatic African clawed frog loses a leg, for instance, it's able to regrow a replacement — sort of. The limb that takes the place of the one the animal started out with isn't quite as developed, looking more like a spike than a fully formed frog leg.

But using a hormone-containing bioreactor designed to facilitate tissue engineering, researchers from Tufts University were able to help frogs with amputated limbs regrow ones far more like those they lost. Eventually, the research could make the leap to mammals.

The researchers describe the device in a study published November 6 in the journal Cell Reports.

First, they 3D printed a silicon bioreactor and filled it with a hydrogel containing regeneration-promoting silk proteins. After they amputated the hind limbs of the test frogs, the researchers split the animals into three groups.

They sutured the hydrogel-filled bioreactors over what remained of the hindlimbs of the frogs in one group. They did the same for the frogs in the second group, but first added the hormone progesterone to the hydrogel as previous research showed it could help repair nerves, blood vessels, and bone tissues. The third group served as the control.

After 24 hours, the researchers removed the bioreactors.

Over the course of the next 9.5 months, the frogs in both the control and hydrogel-only groups regrew the typical spike-like limbs. However, the frogs in the progesterone group grew paddle-shaped limbs more similar in both form and function to their natural ones.

The researchers claim in a press release that they they hope to replicate their bioreactor experiment in mammals, so perhaps one day, humans could join the list of animals with regenerative abilities — we might just need a little help from science.

More on regeneration: Body Part Regeneration Is in Our Future

New Evidence Indicates That Human Heart Regeneration May Be Possible
6. 30. 17
Read More
Body Part Regeneration Is in Our Future
4. 15. 17
Read More
Stem Cell Regeneration in Mice Sparks New Hope for Those With Spinal Cord Injuries
5. 27. 16
Read More
+Social+Newsletter
TopicsAbout UsContact Us
Copyright ©, Camden Media Inc All Rights Reserved. See our User Agreement, Privacy Policy and Data Use Policy. The material on this site may not be reproduced, distributed, transmitted, cached or otherwise used, except with prior written permission of Futurism. Articles may contain affiliate links which enable us to share in the revenue of any purchases made.
Fonts by Typekit and Monotype.