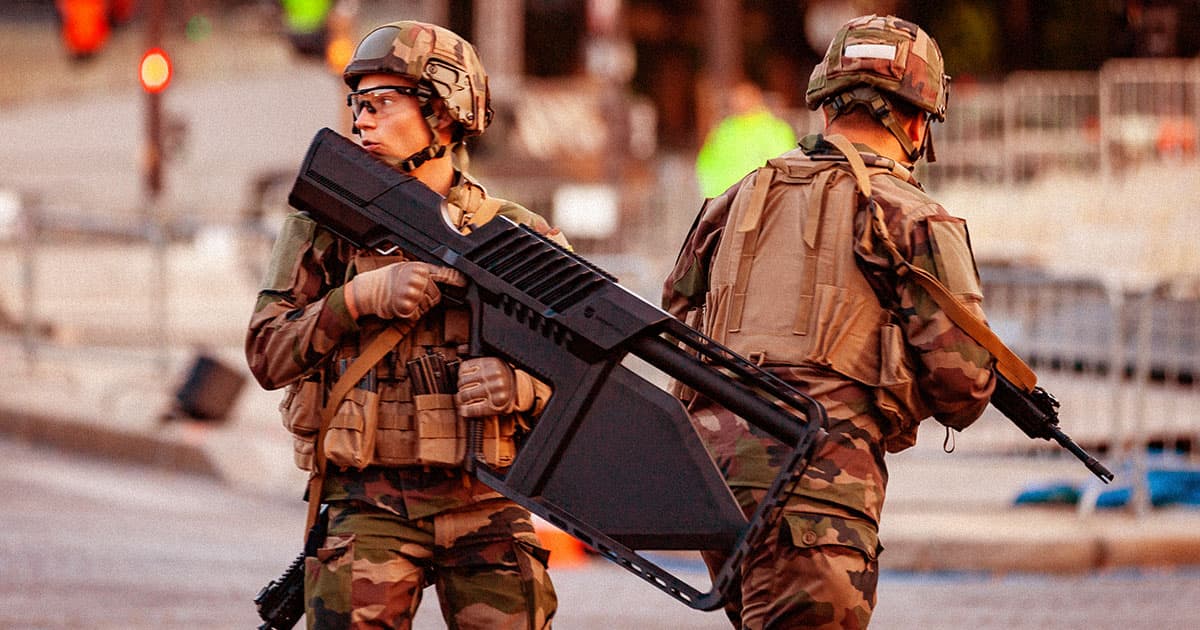 They'll "propose scenarios of disruption" to help the military prepare for them.

They'll "propose scenarios of disruption" to help the military prepare for them.

A new job opportunity just opened up for science-fiction writers in France.

In September 2018, the nation launched the Defense Innovation Agency (DIA), an organization designed to essentially do for the French military what DARPA does for the United States — research and develop futuristic technologies.

Now, to help it predict what sorts of technologies it might need in the future — and what sort it might face off against — the agency is turning to an unlikely source of information: sci-fi writers.

According to a newly published DIA report, France wants to assemble a "red team" comprising four to five sci-fi writers and futurologists to "propose scenarios of disruption" the military might not think of.

These scenarios will include potential ways terrorists or enemy governments might take advantage of advanced technology, according to a new BBC story, which notes that the sci-fi supergroup will use role playing and other techniques to figure out its predictions.

Basically, it seems France wants the creatives to imagine how the future could go really wrong so that the nation can stay one step ahead of any trouble — and really, who better to envision dystopia than a team of science-fiction scribes?

Sword Art Online
Guy Who Invented the Word "Metaverse" Building His Own Metaverse
9. 19. 22
Read More
Military Hackers
Australia Reveals Cyberwar Against ISIS, Asks for Help
3. 27. 19
Read More
Eating Cake
To Bolster Cybersecurity, France Gives Google the Guillotine
11. 20. 18
Read More
+Social+Newsletter
TopicsAbout UsContact Us
Copyright ©, Camden Media Inc All Rights Reserved. See our User Agreement, Privacy Policy and Data Use Policy. The material on this site may not be reproduced, distributed, transmitted, cached or otherwise used, except with prior written permission of Futurism. Articles may contain affiliate links which enable us to share in the revenue of any purchases made.
Fonts by Typekit and Monotype.