Guy Who Invented the Word "Metaverse" Building His Own Metaverse 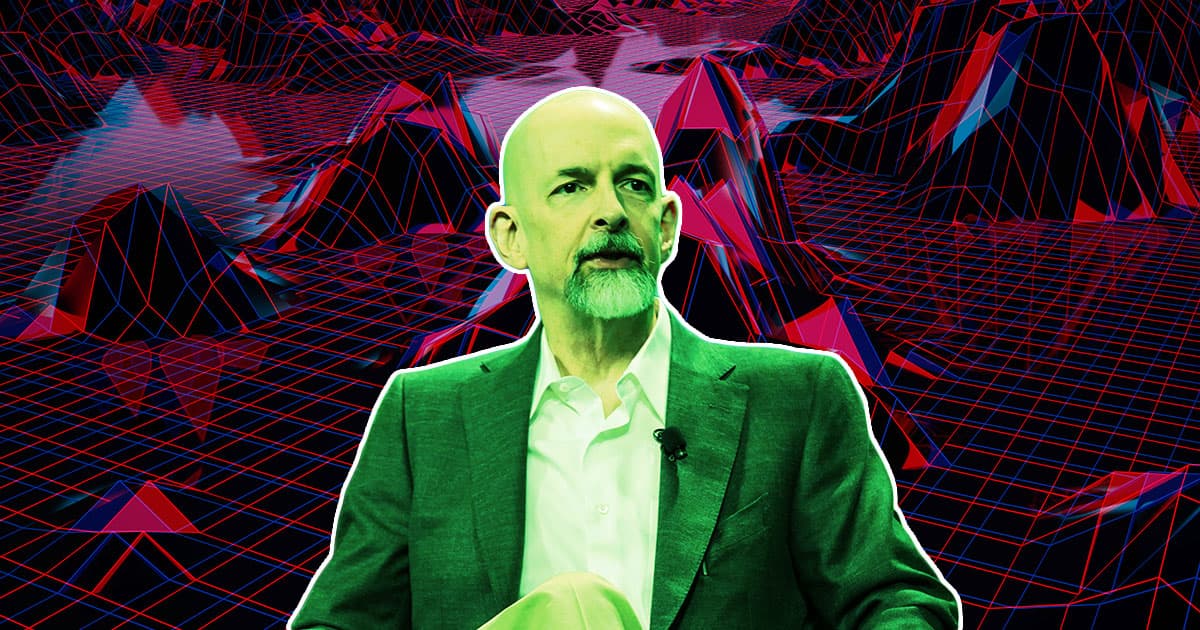 The science fiction icon who coined and popularized the term "metaverse" is pausing his literary career to build his own.

As revealed by Wired, "Snow Crash" author and cyberpunk pioneer Neal Stephenson is working with a crypto bro to create an open metaverse platform that will, its creators hope, be a more decentralized version of the types of Big Tech metaverses like those run by Fortnite and Facebook.

"It’s like Neal is coming down out of the mountains like Gandalf, to restore the metaverse to an open, decentralized, and creative order," said robotics and augmented reality entrepreneur Rony Abovitz, who is also acting as a strategic advisor to Lamina1, the company Stephenson is cofounding with Bitcoin Foundation head Peter Vessenes.

As Vessenes told Wired, he was initially concerned that the science fiction titan was "Kardashian-ing," or profiting from his own self-created hype.

"That’s potentially the first question," the career Bitcoin evangelist said. "Is Neal selling his brand out to some fucking metaverse company?”

Once people speak with the Lamina1 pair, Vessenes claimed, "they conclude this is a principled effort" and then begin asking how they plan to do it. The answer to that subsequent question, it seems, will be figured out along the way.

"The economics are tied to adoption," Vessenes said, without adding much more detail. "The more people use it, the more valuable it is."

Execution might be a sticking point. Back in 2021, Stephenson raised a half million dollars to create an incredibly ambitious swordfighting game called "Clang," complete with its own new motion capture hardware, but the project disintegrated the next year without delivering anything.

Now, Stephenson and co are describing a much more ambitious project, similar to the unified internet. In other words, it sounds way more ambitious than "Clang."

Resources could be thin as well. Wired reports that the company currently only employs three engineers, though they intend to hire many more as they build out their tech.

Adding to the stakes, Stephenson says he doesn't intend to take much of a break from writing novels: the cyberpunk king said that "when the calendar turns over to 2023, it’s going to be back to the usual.”

"My publisher will send a hit man after me if I don’t fulfill my obligations," he told Wired.

More on the business side of the metaverse: Another Company Called Meta is Suing Facebook for Changing its Name to Meta

Read This Next
Will Somebody Think of the Children?
Mom Horrified by What Her Kids Are Seeing in Roblox
La La La
SBF's Dad Kept Sticking His Fingers in Ears During Court Hearing
Scammers Scam On
The Fyre Fest Guy Is Off House Arrest and of Course His New Scheme Involves the Metaverse and Crypto
Confrontation is Hard
Former Facebook Exec Says Zuckerberg Has Surrounded Himself With Sycophants
Virtual Signing
Sign Language in Virtual Reality Actually Looks Kinda Awesome
More on Future Society
Finders Keepers
Yesterday on the byte
China Wants the Corpse of Its Balloon Back After the US Killed It With a Missile
Rough
Monday on futurism
Elon Musk's Twitter Is Reportedly Failing Miserably to Contain Horrific Child Abuse Content
YouTube Propaganda
Monday on the byte
Experts Say There's Something Very Weird About North Korean YouTubers
READ MORE STORIES ABOUT / Future Society
Keep up.
Subscribe to our daily newsletter to keep in touch with the subjects shaping our future.
+Social+Newsletter
TopicsAbout UsContact Us
Copyright ©, Camden Media Inc All Rights Reserved. See our User Agreement, Privacy Policy and Data Use Policy. The material on this site may not be reproduced, distributed, transmitted, cached or otherwise used, except with prior written permission of Futurism. Articles may contain affiliate links which enable us to share in the revenue of any purchases made.
Fonts by Typekit and Monotype.