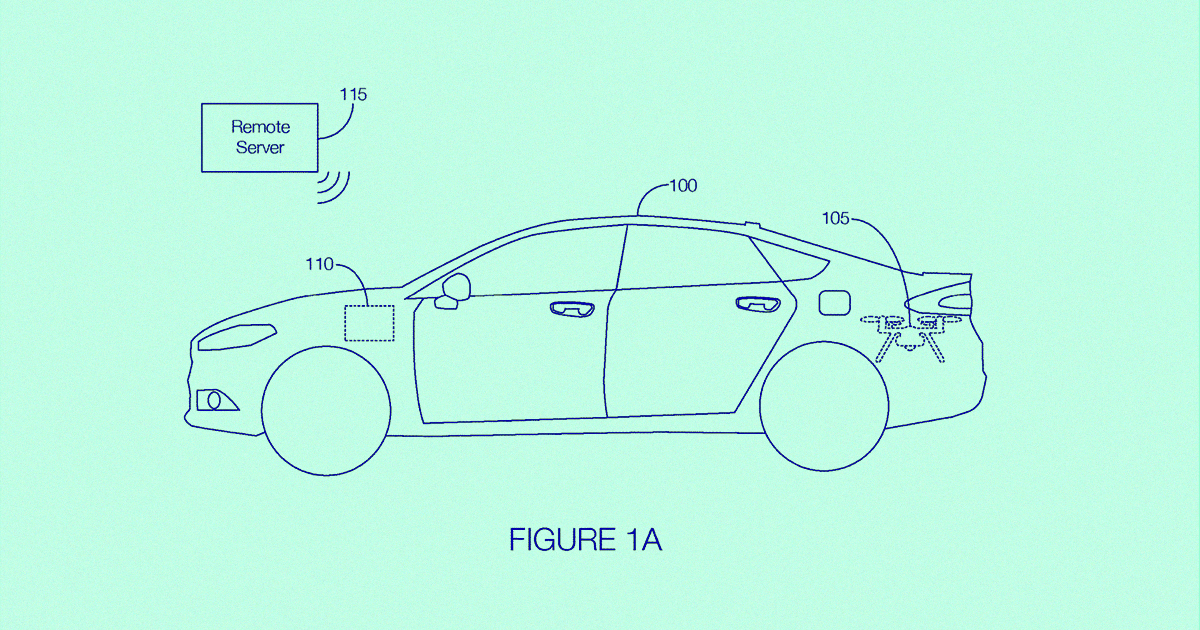 Ford Patents Drone That Pops Out of a Car's Trunk

The system could make roads safer for everyone on them.

The system could make roads safer for everyone on them.

The spare tire stashed in your car's trunk for emergencies might soon be joined by a drone.

On Thursday, the U.S. Patent and Trademark's office published a patent application submitted by Ford Motor Company subsidiary Ford Global Technologies. It seems the American automaker is developing a system that would allow drivers to deploy and control a drone stored in their car's trunk.

According to the patent application, drivers would use a vehicle's onboard computer to deploy and control a quadcopter-style drone. The idea isn't to have a drone following your car around all the time like an animal companion in a video game, though — Ford envisions drivers typically deploying the drone in emergency situations.

If a vehicle runs out of fuel or gets involved in a crash, for example, the driver could deploy the drone and direct it to shine a spotlight on the car while sounding an alarm. This could make the vehicle easier for first responders to locate — and other drivers to avoid. The drone could also stream real-time footage of a vehicle straight to its owner's phone if they're forced to abandon the car.

The system in the patent application, filed in 2016, has the potential to make roads safer for everyone on them.

However, countless inventions never make it further than the patent stage, so only time will tell whether Ford's drone system actually makes it into any of the automaker's vehicles.

READ MORE: Ford Patenting a Drone You Can Deploy from Your Car's Trunk [Car and Driver]

More on drones: This Strange Solar-Powered Drone Could Save You in a Disaster