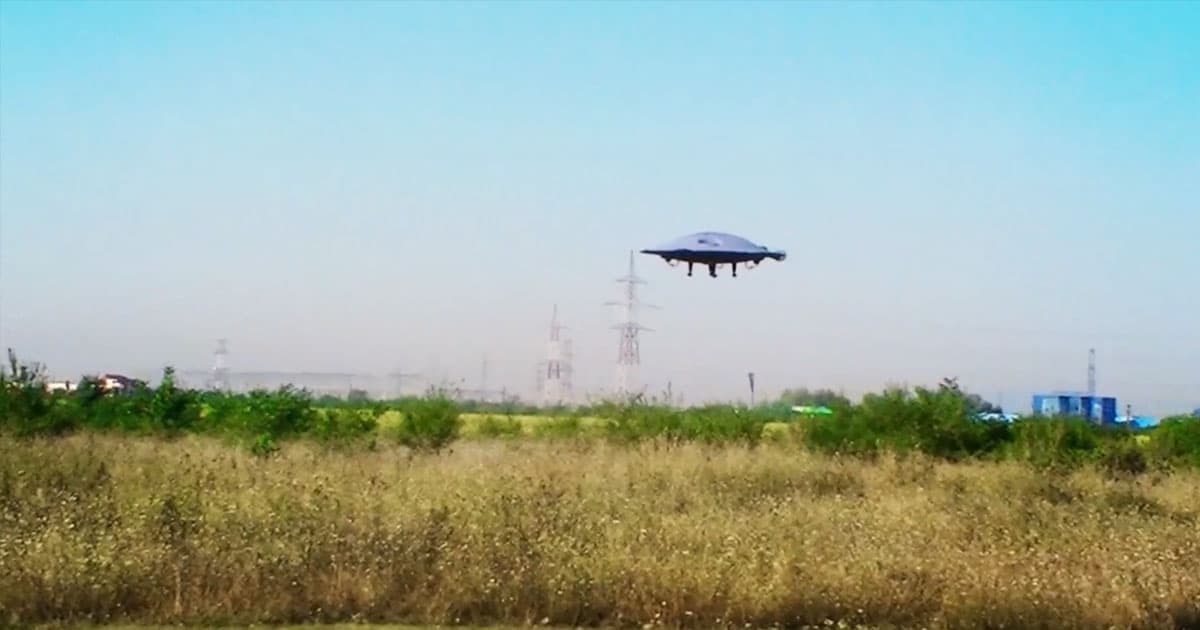 And they say this version is just the beginning.

And they say this version is just the beginning.

A pair of Romanian scientists have built a flying saucer — and it actually flies a lot like the ones you've probably seen in the movies.

Razvan Sabie and Iosif Taposu unveiled the All-Directional Flying Object (ADIFO) in March, releasing a video that not only showed the saucer in flight, but also broke down the engineering that gives the craft the capability to maneuver in all directions.

"The aerodynamics behind this aircraft is the result of more than two decades of work," Sabie recently told Vice, "and is very well reasoned in hundreds of pages and confirmed by computer simulations and wind tunnel tests."

As impressive as the flying saucer appears in the video, zipping around in all directions, this ADIFO prototype is just "the peak of the iceberg," Sabie told Vice.

Next, the researchers want to replace the craft's small electrical fans with jet engines. After that, they hope to conduct more complex simulations and wind tunnel tests, as well as attempt to demonstrate the updated ADIFO's ability to travel at transonic and supersonic speeds.

Before any of that can happen, though, they say they need partners, but it doesn't seem like they'll have too much trouble finding them — Sabie told Vice that a major aircraft manufacturer and a pair of government entities are just a few of those who've already reached out to express their interest in the strange little saucer.