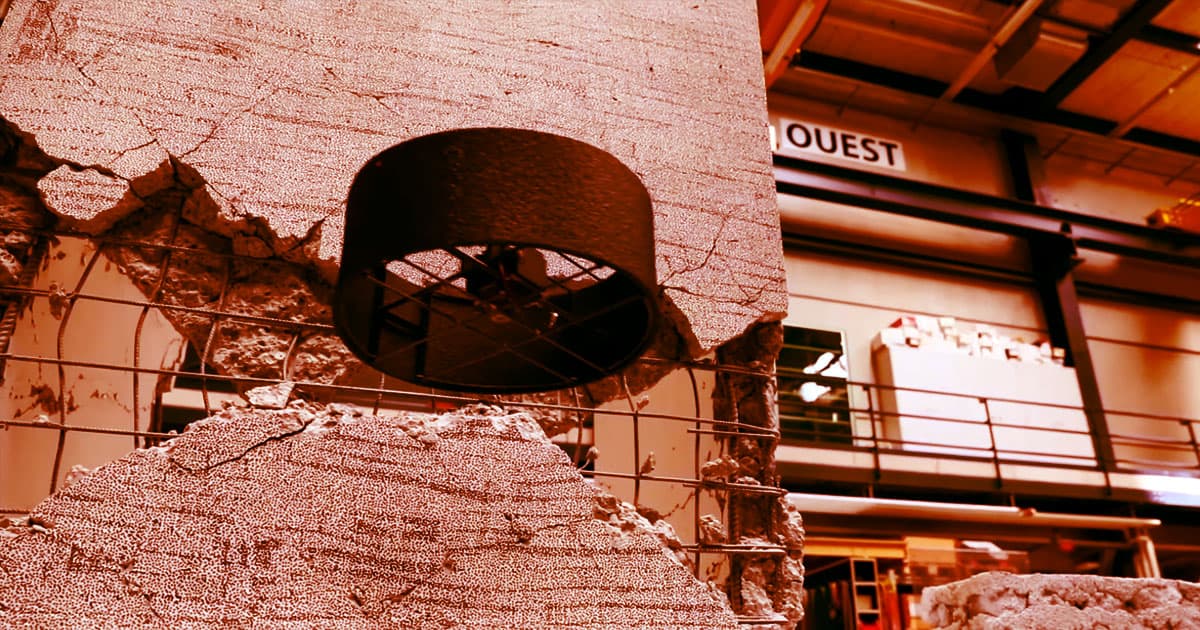 Unlike typical drones, the design only involves two propellers.

Unlike typical drones, the design only involves two propellers.

A new type of flying saucer drone uses half the power of a typical quadrotor design, allowing it to stay in the air for twice as long.

The drone, which looks like an oversized floating hockey puck, uses two propellers stacked on top of each other to stay aloft, according to Engadget. The drone was built by Swiss startup Flybotix to improve drones’ limited endurance. If the new design catches on, it could bring about a new generation of drones that are more useful and less restricted by the limitations of their power supply.

Taking away propellers to increase battery life usually means sacrificing stability, but the engineers at Flybotix say they developed an algorithm that automatically adjusts the propellers as needed to stay balanced, per Engadget.

“This technology can also be used in other applications like public safety, law enforcement and [any] applications where miniaturization of drones is necessary,” he said.