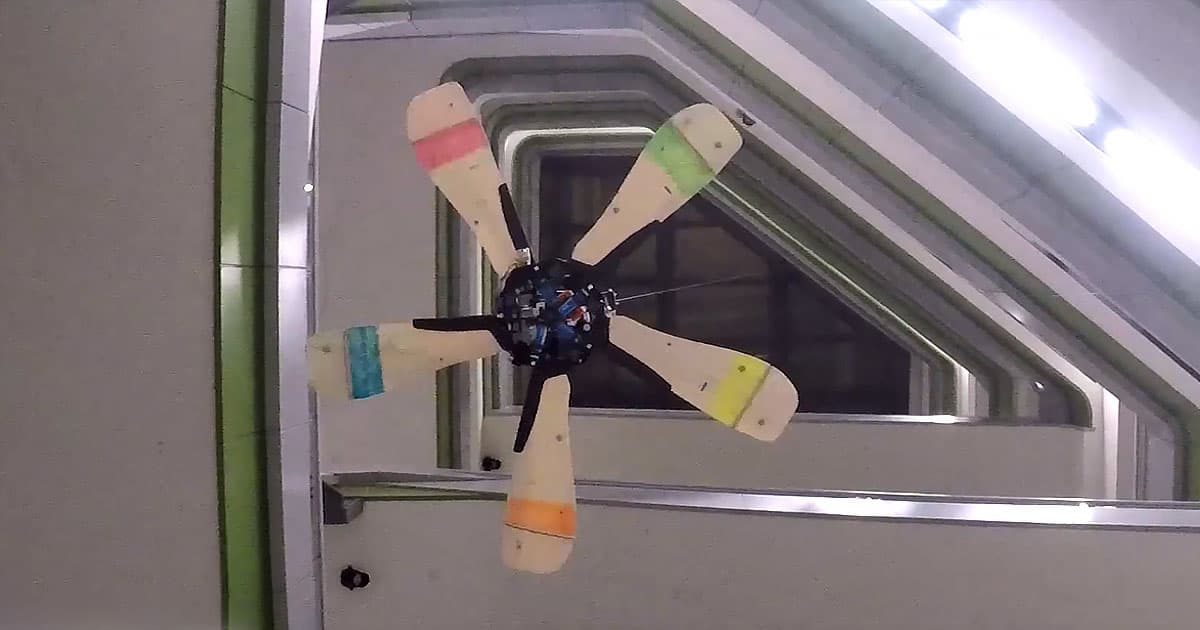 Watch it burst apart during its descent.

7. 9. 19
Singapore University of Technology and Design

Watch it burst apart during its descent.

Samaras are tiny seed pods with a wing-like shape on one side that causes them to spin as they float to the ground from the branches of tree. As a child you might have tossed them into the air yourself, watching as the "whirlybirds" spun out in different directions.

Now, a team of researchers has created a drone comprising five samara-like mini-drones — and they believe it could one day disperse sensors or emergency medical supplies the same way samaras scatter maple seeds.

In a new paper published in the journal IEEE Robotics and Automation Letters, researchers from the Singapore University of Technology and Design describe how they created tiny robotic samaras, giving each an actuated flap for a bit of extra navigational control.

They then pulled a Voltron, combining five of the mini-drones into one bigger, ceiling fan-shaped drone that's even easier to control.

In a video, the team demonstrates how it could drop one of these bigger drones from above, guiding its descent until it gets closer to the ground. At that point, the researchers could trigger the drone to break into its five mini-drones, with each heading off in its own direction.

According to the paper, the team believes these samara-inspired devices could one day accurately deliver payloads for military, research, or humanitarian missions from high above their destinations.

More on drones: US Army Announces First Deployment of Its Pocket-Sized Drones