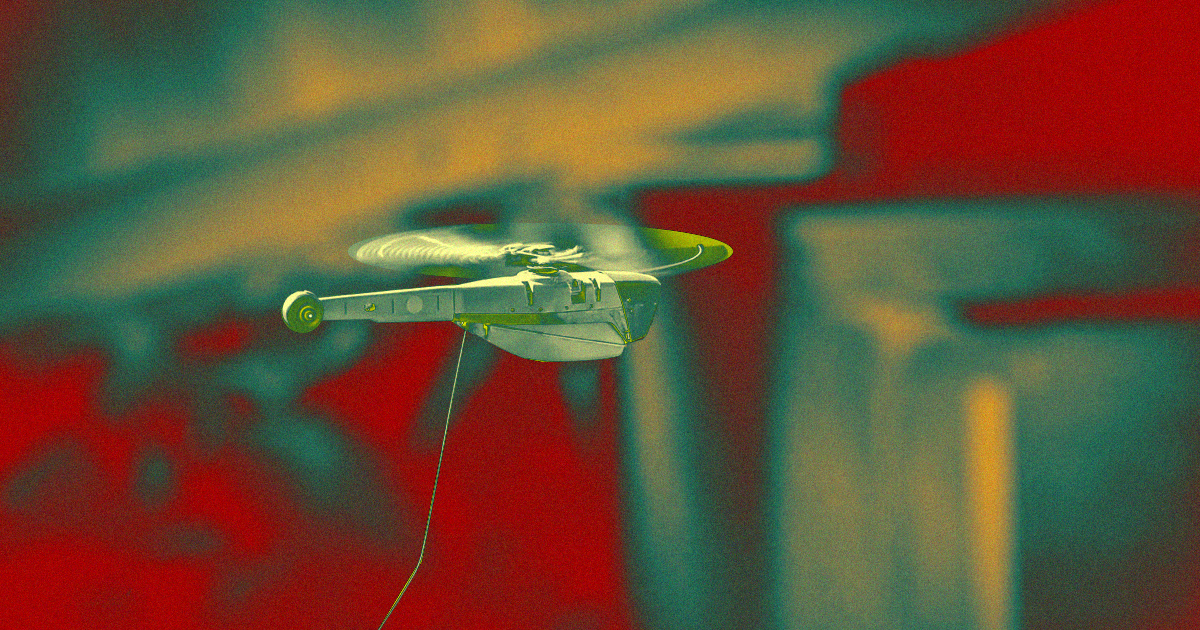 US Army Announces First Deployment of Its Pocket-Sized Drones

"This kind of technology will be a life-saver for us..."

"This kind of technology will be a life-saver for us..."

In February, we found out that the United States Army was spending $39 million on Black Hornet Personal Reconnaissance Systems, tiny reconnaissance drones small enough to fit in a soldier’s palm.

Now we now know whose palms the drones will inhabit first.

A spokesperson for the 82nd Airborne Division told Stars and Stripes that troops with the Division’s 3rd Brigade Combat team will be the first in the military to use the Black Hornets.

Specifically, the Brigade's 1st Battalion, 508th Parachute Infantry Regiment, will employ the drones while deployed in Afghanistan this July. If all goes well, the rest of the Brigade could start leveraging the drones soon after.

Each of the tiny drones is equipped with several cameras it uses to survey an environment while deployed. It can then provide a soldier with live video and still images that could literally save their lives while in a combat situation.

"This kind of technology will be a life-saver for us because it takes us out of harm’s way while enhancing our ability to execute whatever combat mission we’re on," Ryan Subers, an Army sergeant trained to use the Black Hornet, said in an Army statement.

"I’m very grateful for technology like this and to be a part of the first unit to use it."

More on the Black Hornet: The US Army Is Equipping Soldiers With Pocket-Sized Recon Drones

FROM THE DEPT. OF THINGS TO BUY
The Best Science Gifts of 2023
10. 19. 22
Read More
"Hoodwinked"
New Pentagon Group Accused of Trying to "Bury" UFOs Again
12. 3. 21
Read More
Hmmmmmm
The Pentagon Just Released Its UFO Report
6. 25. 21
Read More
+Social+Newsletter
TopicsAbout UsContact Us
Copyright ©, Camden Media Inc All Rights Reserved. See our User Agreement, Privacy Policy and Data Use Policy. The material on this site may not be reproduced, distributed, transmitted, cached or otherwise used, except with prior written permission of Futurism. Articles may contain affiliate links which enable us to share in the revenue of any purchases made.
Fonts by Typekit and Monotype.