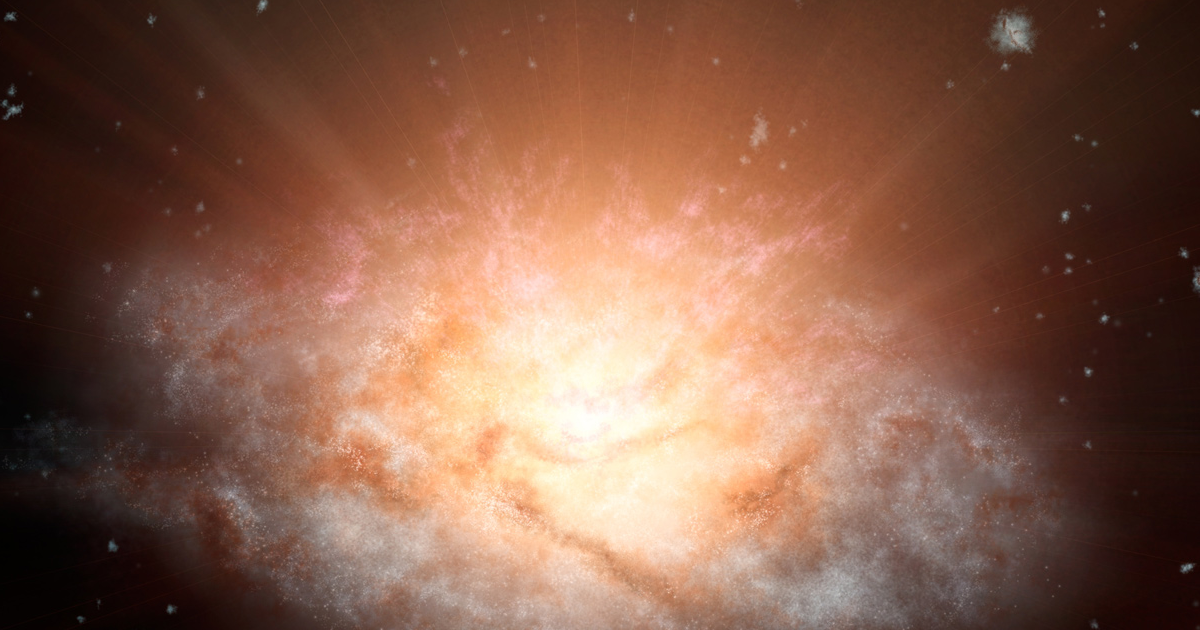 Decades of hunting has paid off.

Decades of hunting has paid off.

Based on scientists' calculations, the first molecule to ever form from stray atoms in the universe was likely helium hydride, a combination of helium and hydrogen.

For decades, physicists have hunted the universe for the elusive molecule. And now an international team of researchers say they've finally found it — thereby confirming the presumed first step in the universe's chemistry.

In a study published in the journal Nature Wednesday, the researchers describe how they used NASA’s Stratospheric Observatory for Infrared Astronomy (SOFIA), the world’s largest airborne observatory, to detect helium hydride in a planetary nebula about 3,000 light-years away from Earth.

"It was so exciting to be there, seeing helium hydride for the first time in the data," researcher Rolf Guesten said in a news release. "This brings a long search to a happy ending and eliminates doubts about our understanding of the underlying chemistry of the early universe."

READ MORE: The Universe’s First Type of Molecule Is Found at Last [NASA]

More on the early universe: Scientists Now Know When the First Stars Formed in the Universe

Part Light, Part Matter: Physicists Create 'Mixed Matter' at Room Temperature
6. 16. 16
Read More
These Are the First-Ever Photos of a Single Protein
1. 19. 16
Read More
CHON: Legacy
James Webb Discovers Coldest Ice in Known Universe, Harboring Molecules Essential For Life
3:19 PM
Read More
+Social+Newsletter
TopicsAbout UsContact Us
Copyright ©, Camden Media Inc All Rights Reserved. See our User Agreement, Privacy Policy and Data Use Policy. The material on this site may not be reproduced, distributed, transmitted, cached or otherwise used, except with prior written permission of Futurism. Articles may contain affiliate links which enable us to share in the revenue of any purchases made.
Fonts by Typekit and Monotype.