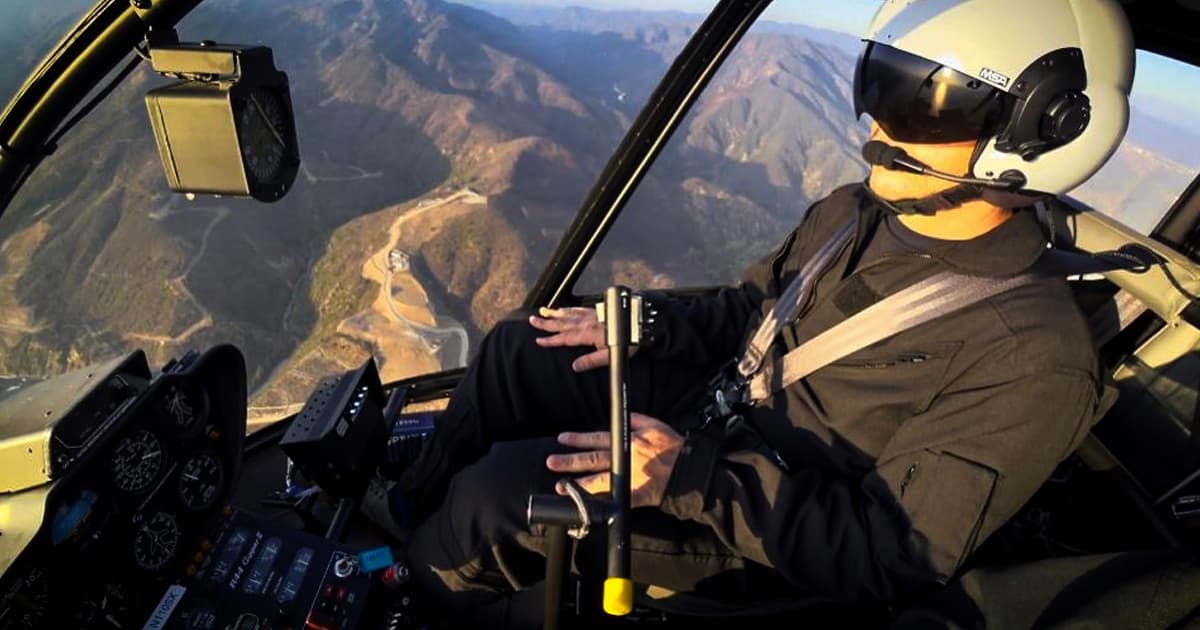 They call it the "world's most intelligent helicopter."

They call it the "world's most intelligent helicopter."

Urban flight company Skyryse just showed off what it calls the "world's most intelligent helicopter" — a modified helicopter that can fly itself. In a video uploaded by the company, you can watch the FAA-approved helicopter take off all by itself with a safety pilot in the cockpit to make sure nothing goes wrong.

Rather than representing an entirely different take on the flying car, the helicopter's new brains are more equivalent to the "self-driving" features you see in contemporary cars — an effort to make vehicles safer and more accessible than ever before.

"Today, we design our lives around traffic and make decisions about where we live and work based on how hard it is to get there," Mark Groden, Skyryse CEO and founder, said in a statement. "To get there, we need to make urban flying as safe as riding an elevator and as accessible and affordable as riding a bus."

The technology behind the feat called "Flight Stack" allows for either full or partial autonomous flight — think of it like cruise control on a car.

An air network management system is designed to work out of the box with the FAA's existing technology and networks by communicating flight paths, altitude and other critical data.

The news comes after a team of German researchers developed a landing system that lets an aircraft land autonomously on virtually any runway entirely by itself.

Tiltrotor Down
A "Tiltrotor" Helicopter May Replace the Army's Black Hawk
2. 21. 19
Read More
This Is Flight in the World of Tomorrow
3. 11. 17
Read More
Champagne Bathtubs
Miami Nightclubs Horrified That Big-Spending Crypto Bros Are Broke Now
Yesterday
Read More
+Social+Newsletter
TopicsAbout UsContact Us
Copyright ©, Camden Media Inc All Rights Reserved. See our User Agreement, Privacy Policy and Data Use Policy. The material on this site may not be reproduced, distributed, transmitted, cached or otherwise used, except with prior written permission of Futurism. Articles may contain affiliate links which enable us to share in the revenue of any purchases made.
Fonts by Typekit and Monotype.