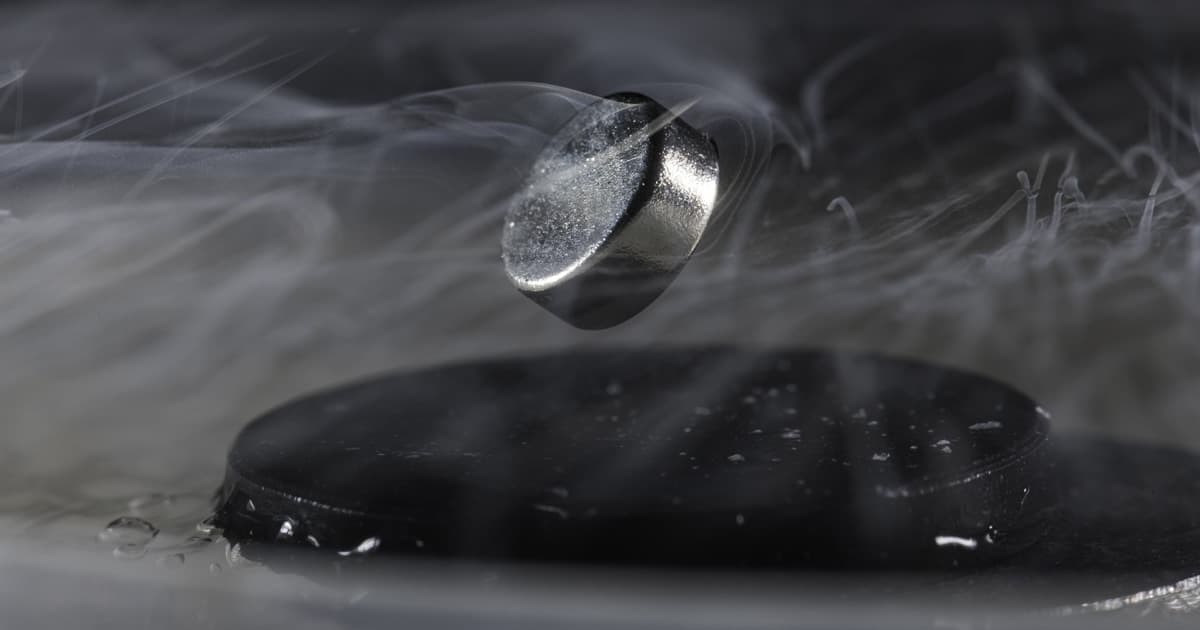 The scientist behind it says to get ready for a "society where you'll never need things like batteries again."

The scientist behind it says to get ready for a "society where you'll never need things like batteries again."

For the first time, a team of scientists say they've built a superconducting material — one that permits the totally unimpeded flow of electricity — that works at room temperature.

It's been a top goal of physicists for decades, and was long thought to be impossible, MIT Technology Review reports. But now, an ultra-condensed material was able to act as a superconductor at 58 degrees Fahrenheit — the first to work above freezing temperatures — hinting at a world with a lossless energy grid, high-speed levitating trains, and quantum computers that are actually useful.

The material had to be produced under such extreme conditions that even the University of Rochester scientists who made it don't fully understand it, MIT Tech reports.

According to the team's research, published Wednesday in the journal Nature, the material is a mixture of carbon, sulfur, and hydrogen that was smushed at about 2.5 million times the air pressure of Earth's atmosphere while being blasted with a laser.

The superconductor is currently too small to be useful. But if it works at larger scales and under less pressure, it would give us the tools to radically re-imagine our energy and technology infrastructure to be cleaner, more efficient, and more powerful.

"We live in a semiconductor society, and with this kind of technology, you can take society into a superconducting society where you'll never need things like batteries again," coauthor Ashkan Salamat of the University of Nevada Las Vegas said in a press release.

Hole Shebang
Physicists Outline Plan to Harvest Energy From Black Holes
1. 13. 21
Read More
Brands We Love
Start Training For Your Electrical Engineer Career with These Classes
8. 1. 20
Read More
Brands We Love
These Specialty CBD Shots Provide a Productive Day's Work and a Productive Night's Sleep
7. 23. 20
Read More
+Social+Newsletter
TopicsAbout UsContact Us
Copyright ©, Camden Media Inc All Rights Reserved. See our User Agreement, Privacy Policy and Data Use Policy. The material on this site may not be reproduced, distributed, transmitted, cached or otherwise used, except with prior written permission of Futurism. Articles may contain affiliate links which enable us to share in the revenue of any purchases made.
Fonts by Typekit and Monotype.