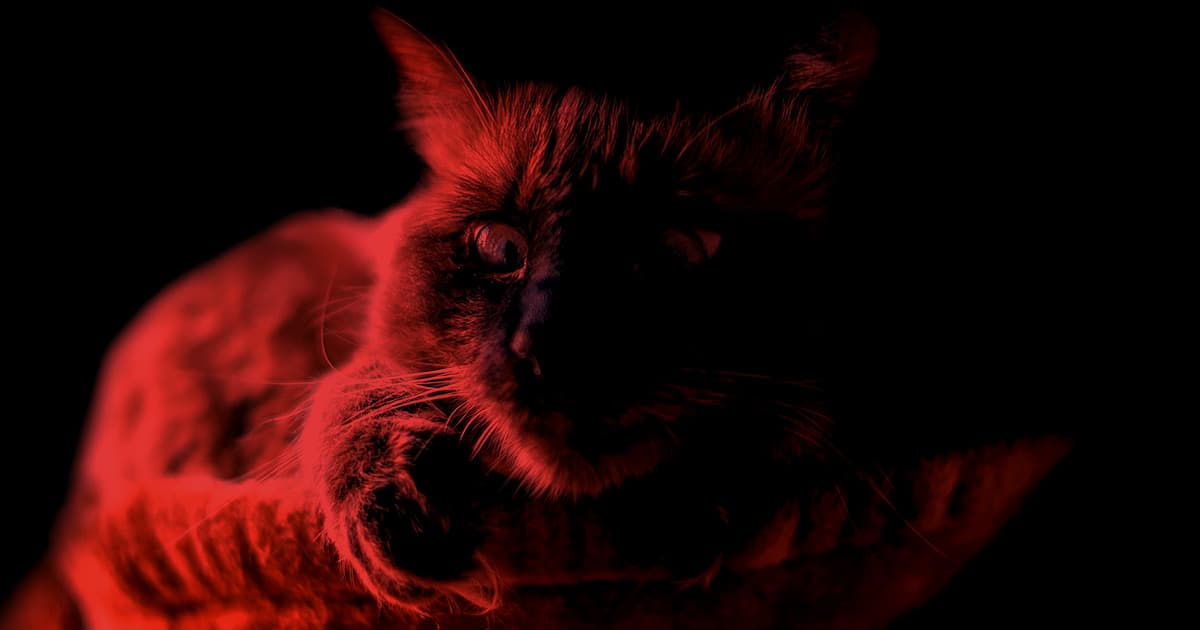 "Both cats showed preference for bodies in relatively early decomposition."

"Both cats showed preference for bodies in relatively early decomposition."

A body farm — that's a research facility that studies human decomposition — had a devastating break-in: feral cats showed up to munch on the cadavers.

In this particular case, the cats nibbled on the bodies of a septuagenarian man and woman which had been placed in the facility five or six days earlier — and had died about two weeks before that.

"Both cats showed preference for bodies in relatively early decomposition," the Colorado Mesa scientists wrote in research published in the Journal of Forensic Sciences in November. "Scavenging began when the bodies showed early signs of decomposition and ended at the onset of moist decomposition."

The scavengers stopped coming back when the bodies decomposed further, suggesting that feral cats are just as finicky as their domesticated cousins. And by studying the cadavers after they were done eating, the researchers may learn more about separating a cause-of-death injury from damage done by scavengers after the fact.

"Recognizing the scavenging patterns of a variety of animals is important for investigators to determine the origin of the damage and separate postmortem from perimortem damage," reads the research.

More on body farms: Horrifying Study: Corpses Thrash Around for a Year After Death

Meet Garlic
Chinese Firm Wants to Give Cloned Pets the Original's "Memories"
8. 23. 19
Read More
Brands We Love
Show Your Four-Legged Friends You Care With These High-Tech Pet Gifts
12. 11. 18
Read More
Human "Body Farms" Can Lead to Breakthroughs in Forensic Science
9. 12. 17
Read More
+Social+Newsletter
TopicsAbout UsContact Us
Copyright ©, Camden Media Inc All Rights Reserved. See our User Agreement, Privacy Policy and Data Use Policy. The material on this site may not be reproduced, distributed, transmitted, cached or otherwise used, except with prior written permission of Futurism. Articles may contain affiliate links which enable us to share in the revenue of any purchases made.
Fonts by Typekit and Monotype.