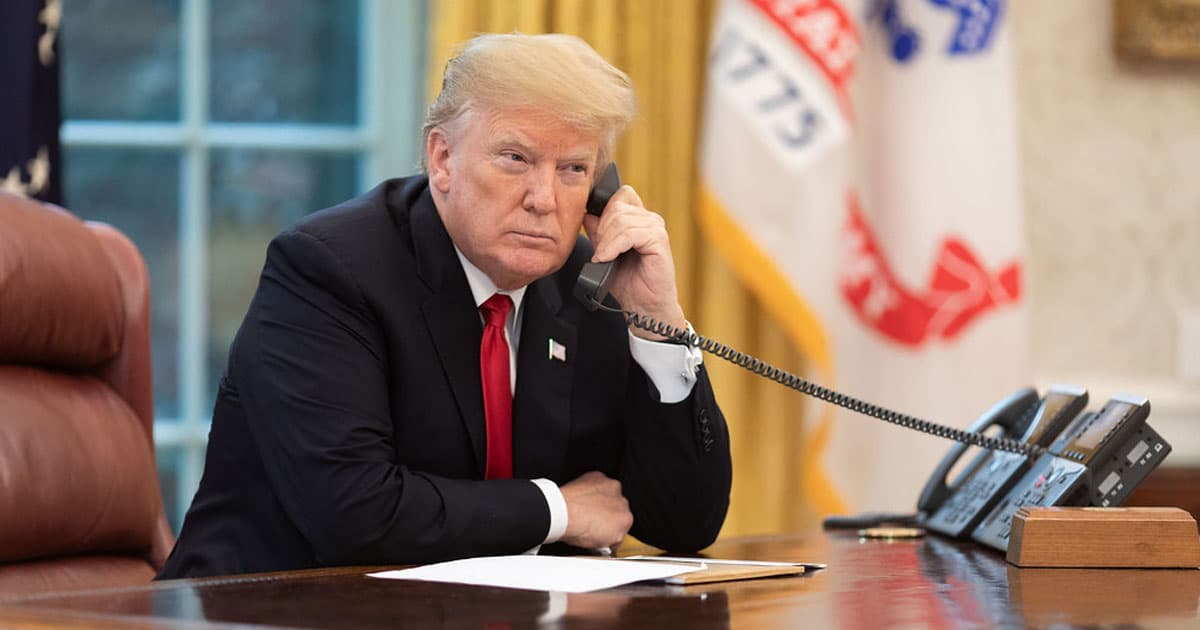 The tech to spy on cell phones is out there — and government spies are embracing it.

The tech to spy on cell phones is out there — and government spies are embracing it.

The FBI suspects that Israeli intelligence attempted to spy on the Trump Administration and listen in on phone calls between Trump and members of his cabinet.

Three former senior government officials told Politico, under the condition of anonymity, that the FBI traced StingRay devices found in Washington D.C. in 2017 back to Israel. Another explosive claim: they say the Trump Administration never publicly or privately rebuked the Israeli government for the alleged hacking attempt.

StingRays are devices that imitate cell towers, tricking nearby phones into beaming signals through them instead of an actual tower. As a result, any phone or device that wasn’t preemptively protected against the attack will inadvertently share its location, ID info, audio recordings, and message contents with whomever is listening at the other end.

“It was pretty clear that the Israelis were responsible,” one of the unnamed officials told Politico.

The FBI reportedly placed the blame on Israel after inspecting the recovered StingRays — but perhaps in a bid to maintain U.S.-Israeli relations, there was no backlash or official response.

“I’m not aware of any accountability at all,” one of the officials told Politico.

Panopticam
Tech Exec Brags That New Phone’ Cameras Will Always Be Watching You
12. 2. 21
Read More
Stranger Danger?
Woman Freaks Out After Discovering an Apple Tracking Device on Her Car
11. 19. 21
Read More
China’s CCTV System Tracked Down a Reporter in Only Seven Minutes
12. 18. 17
Read More
+Social+Newsletter
TopicsAbout UsContact Us
Copyright ©, Camden Media Inc All Rights Reserved. See our User Agreement, Privacy Policy and Data Use Policy. The material on this site may not be reproduced, distributed, transmitted, cached or otherwise used, except with prior written permission of Futurism. Fonts by Typekit and Monotype.