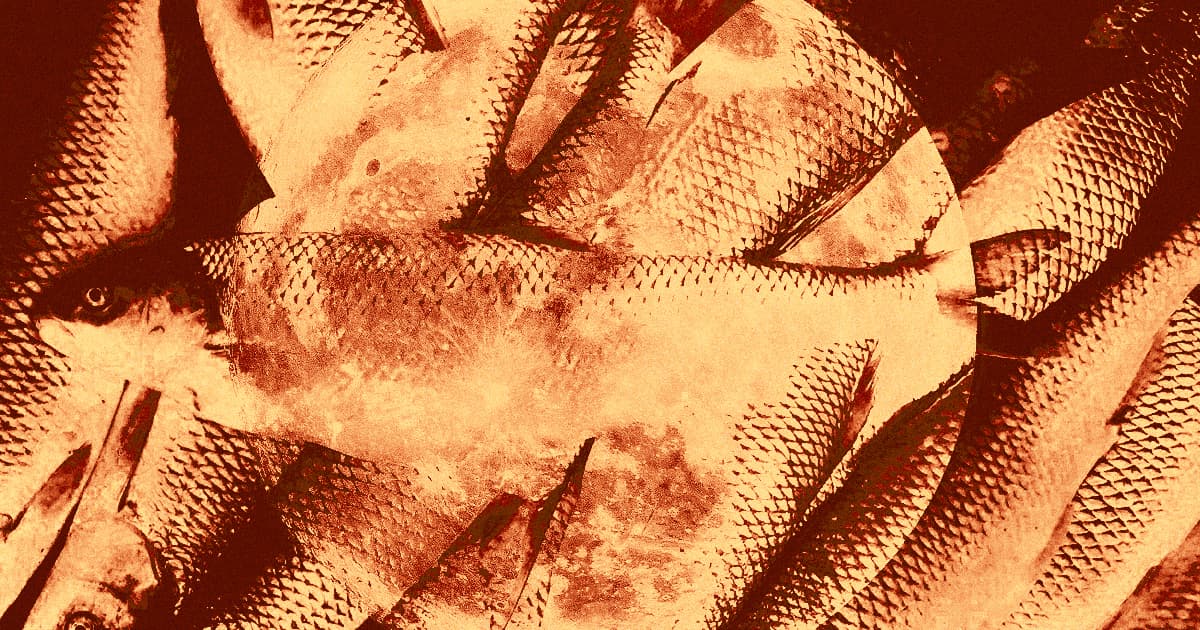 A team of French scientists has a pressing concern. When the European Space Agency constructs its planned Moon Village, what exactly are the astronauts supposed to eat?

Thankfully, they have a plan: farming fish on the Moon using live eggs shipped from Earth and water harvested from the lunar surface, Hakai Magazine reports. It sounds outlandish to consider raising animals on the Moon in the nearish future, but at the very least the scientists found that the fish could survive the trip, offering a glimpse of hope that astronauts will get to eat more appetizing meals than pre-packaged food from Earth.

To test the idea, scientists from the Montpellier University Space Centre and the French Research Institute for Exploitation of the Sea (IFREMER) packed seabass and meagre eggs — which they felt were hardier than adult fish — into instruments that vibrated and shook them to recreate the experience of blasting off in a Russian Soyuz rocket. Impressively, 76 percent of the seabass eggs and 95 percent of the meagre eggs still hatched, according to the study they published in the journal Aquaculture International last year — numbers comparable to the eggs that weren't shaken at all.

"It was completely crazy," IFREMER scientist and lead researcher Cyrille Przybyla told Hakai. "The environment was very hard for these eggs."

Aside from the dietary benefits, the researchers also think that their proposed lunar fish farm will make life in the Moon Village more enjoyable, as it could serve as a reminder of home.

"From the psychological point of view, it's better to have a reminder of Earth," Przybyla told Hakai, "you have a garden, you have a tank with fish."

READ MORE: The Plan to Rear Fish on the Moon [Hakai Magazine]