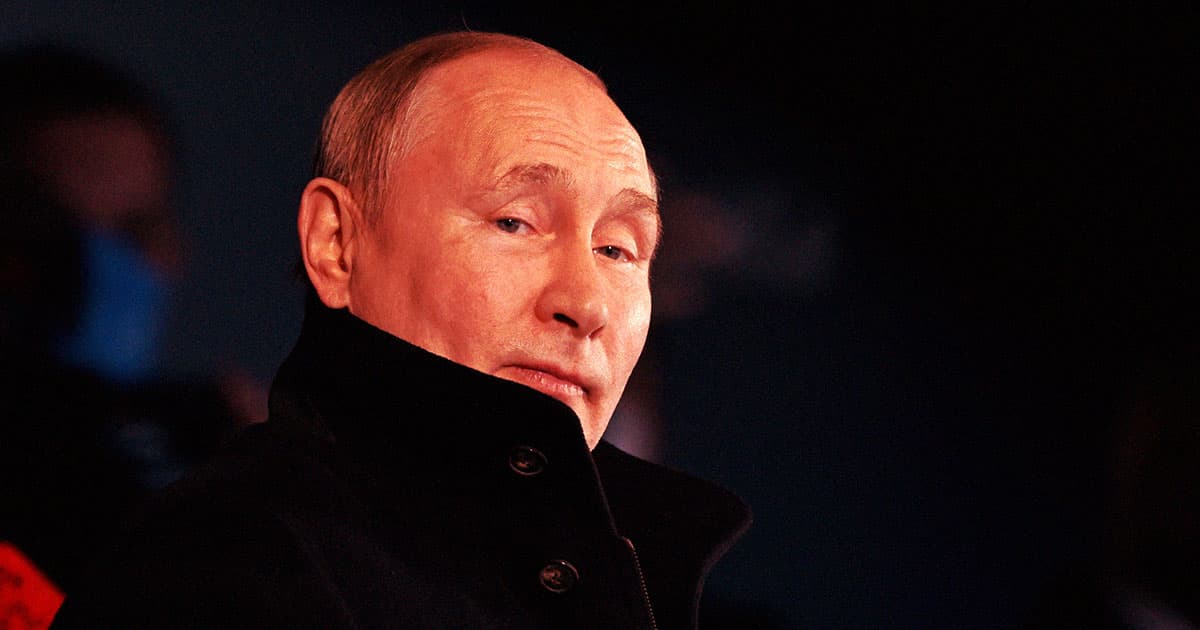 Facebook has worked itself into a corner over its moderation of threats against Russians amid the country's violent invasion of Ukraine.

Last week, internal company emails obtained by Reuters revealed that moderators were no longer removing calls for violence in several countries against Russian soldiers and even Russian president Vladimir Putin.

But now Facebook's parent company Meta is in full damage control mode, walking back some of these eyebrow-raising policy decisions.

Content moderation, after all, is extremely difficult — especially when representatives of your company allow for death threats to be made against despots.

"We are now narrowing the focus to make it explicitly clear in the guidance that it is never to be interpreted as condoning violence against Russians in general," Meta global affairs president Nick Clegg wrote in a statement obtained by Reuters.

As for threats being made against Putin, those are now verboten as well.

"We also do not permit calls to assassinate a head of state... So, in order to remove any ambiguity about our stance, we are further narrowing our guidance to make explicit that we are not allowing calls for the death of a head of state on our platforms," Clegg wrote in his statement.

Clegg has had to navigate several tough impasses around the Ukraine conflict lately. Russian authorities blocked all access to Facebook in the country earlier this month after Meta didn't back down over being requested to reinstate the Facebook presence of several state-controlled outlets on the platform.

Meta-owned Instagram was next to get the axe this week.

Clegg's comments are a rather odd reversal of decisions that came to light less than a week ago, which just underlines the thorniness of content moderation amid a geopolitical crisis.

It also doesn't help that Facebook has a questionable track record that includes failing to moderate inflammatory comments during the Myanmar genocide, for instance.

"Meta stands against Russophobia," Clegg wrote. "We have no tolerance for calls for genocide, ethnic cleansing, or any kind of discrimination, harassment, or violence towards Russians on our platform."

READ MORE: Meta narrows guidance to prohibit calls for death of a head of state [Reuters]

More on Meta: Facebook Says It's Okay to Call for Violence Against Vladimir Putin, As a Treat

Notaverse
In Extremely Confusing Twist, Facebook Says It Isn't Building a Metaverse After All
May 20
Read More
Sobering News
Ukrainian Hackers Allegedly Cut Off Russian Soldiers' Beloved Vodka Supply
May 7
Read More
Facebook Needs to be Stopped
Facebook Admits It Doesn't Know What It Does With Your Private Data
Apr 27
Read More
+Social+Newsletter
TopicsAbout UsContact Us
Copyright ©, Camden Media Inc All Rights Reserved. See our User Agreement, Privacy Policy and Data Use Policy. The material on this site may not be reproduced, distributed, transmitted, cached or otherwise used, except with prior written permission of Futurism. Fonts by Typekit and Monotype.