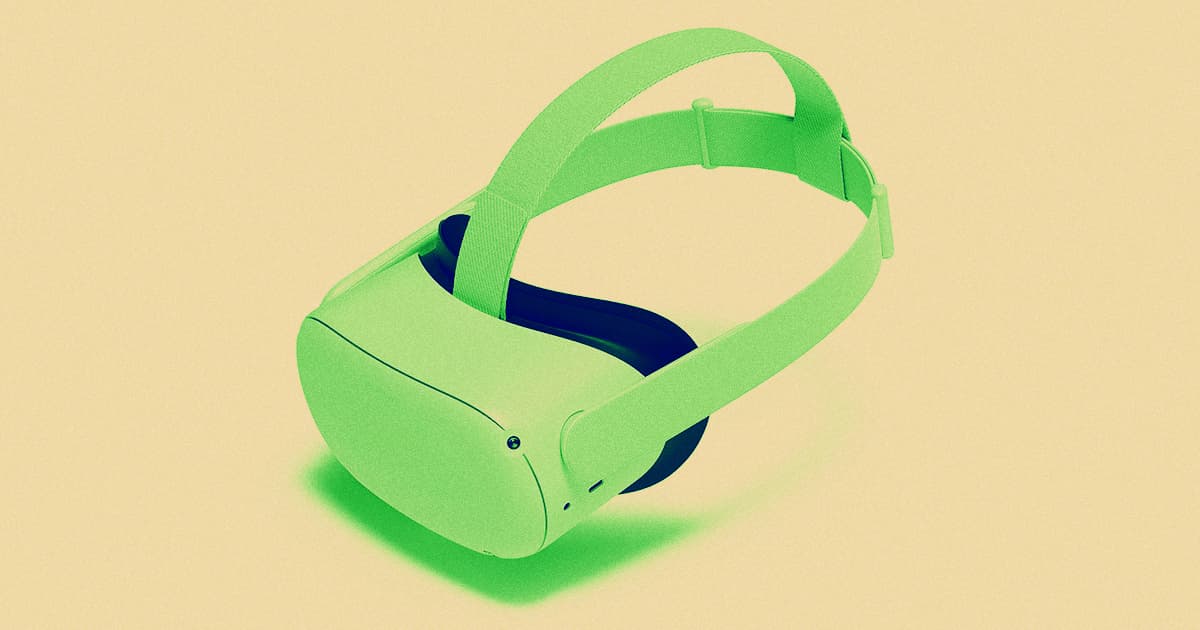 Facebook is reportedly providing an Oculus Quest 2 virtual reality headset to any employee that wants one.

CEO Mark Zuckerberg announced the new program during an internal Q&A session on Thursday, according to Alex Heath, a reporter at The Intercept. Employees will be able to buy their own VR headsets and expense them through the company, Zuckerberg said, in what's likely a simultaneous bid to reward employees, drum up more sales for the popular VR system, and build a broader company culture around its nascent VR offerings.

Zuckerberg also speculated that the VR headset expense would fall under Facebook's workplace benefits and specifically within its health and wellness perks, according to Heath.

With a growing library of mental health content and resources being developed for VR headsets, it's a reasonable way to justify doling out the headsets to Facebook's tens of thousands of employees.

Oculus is inexorably linked to Facebook. As PC Gamer reports, the powerful VR headset's price tag of $299 makes it one of the best deals on the market — but that's because it requires users to link it to a Facebook account and allow some aggressive data-mining practices.

Without the Facebook account, the Oculus Quest 2 costs an additional $500 plus a $180 annual fee, suggesting that it's worth it to Oculus and Facebook simply to get the headsets into as many people's hands as possible, even if the units are loss leaders.