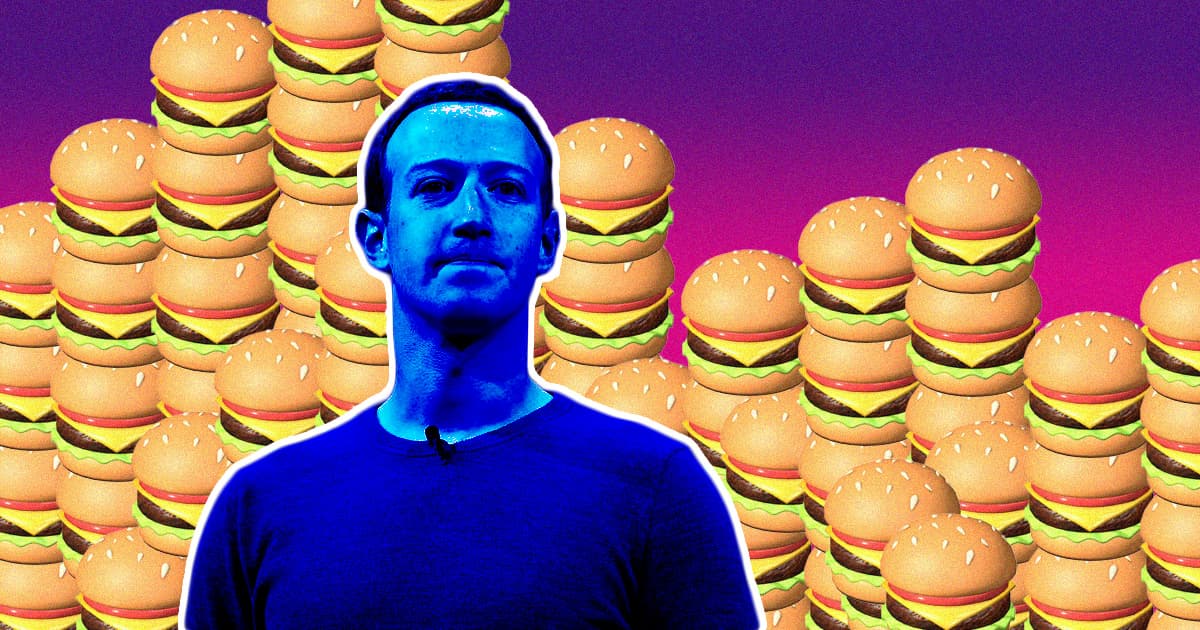 "I think I've lost 10 pounds in the last month from this, but our new products are going to be [fire emoji]."

"I think I've lost 10 pounds in the last month from this, but our new products are going to be [fire emoji]."

Facebook CEO Mark Zuckerberg is just like us. The billionaire is so excited about his work, he says, that he can hardly keep it together.

"Do you ever get so excited about what you're working on that you forget to eat meals?" the CEO wrote in a Thursday status update (remember those?) on his Facebook profile.

"Keeps happening," he added. "I think I've lost 10 pounds in the last month from this, but our new products are going to be [fire emoji]."

Given Facebook's propensity to do just as much bad as it does good in the world — or, as many have argued, far more bad than good — people were understandably a little taken aback by Zuckerberg's revelations.

"Something incredibly bad is about to happen," progressive Washington, DC radio station District Sentinel wrote in a tweet about Zuckerberg's admission.

But the reality is likely innocuous.

A day later, Zuckerberg uploaded a video of himself customizing his own adorable Oculus Quest avatar, a new feature that is he says is "landing today."

It's a new feature so mundane it may not even bear reporting. Oculus' Avatars are a series of, well, customizable avatars for those of us who own Oculus Quest headsets. According to the Facebook-owned company, character movements were also enhanced thanks to machine learning.

It's unlikely we'll ever find out what exactly Zuckerberg was so excited about that he forgot to eat. But then again, creating virtual reality avatars is a nice distraction and a lot more fun than acknowledging your company's platform is facilitating or covering up genocide in other parts of the world — or giving your workers PTSD.