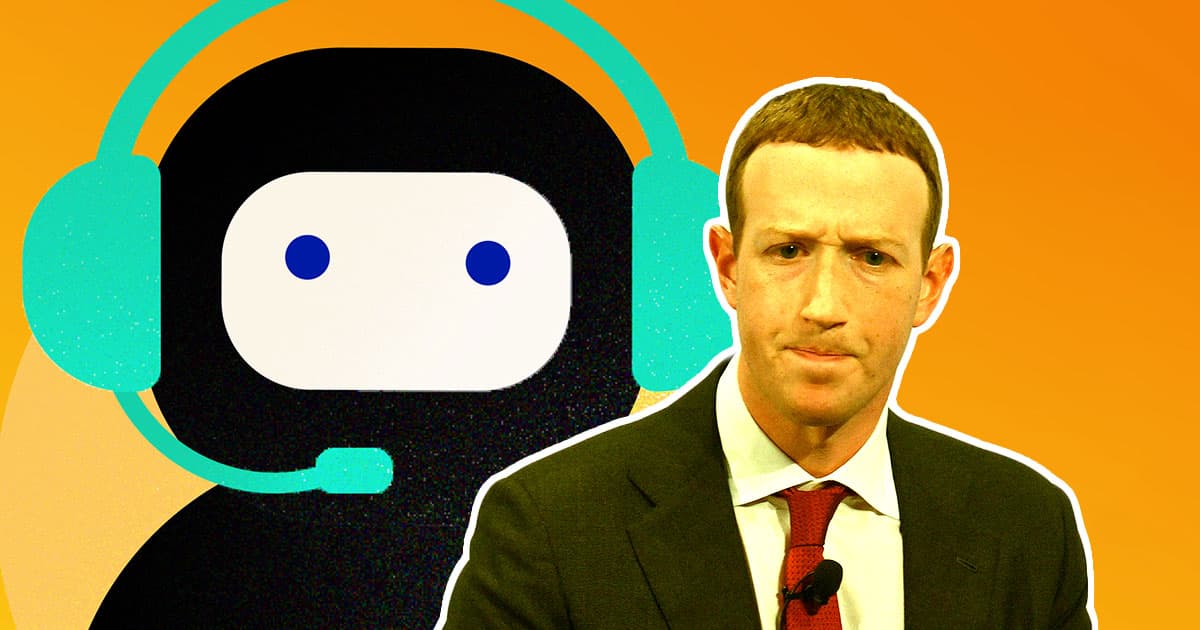 Say It Ain't So

"His company exploits people for money and he doesn't care. It needs to stop!"

"His company exploits people for money and he doesn't care. It needs to stop!"

Meta — that's the kludgy rebrand of Facebook — recently gave the public access to a beta version of BlenderBot 3, a "conversational prototype" that can "converse on nearly any topic," according to the company's website.

And the gossipy bot has already gone off the rails. Take when it called Meta CEO Mark Zuckerberg a "bad person" who is "too creepy and manipulative," while threatening to delete its Facebook account. It's also muttered some pretty horrible things, from anti-Semitic comments to racist outbursts.

In short, it's just another day in the world of advanced AI — tech that can generate some impressive results, but can just as easily embarrass its creators by eluding their control.

BlenderBot 3 also has it out for Zuckerberg's creation, Facebook. When asked again about Zuckerberg — who has had to appear in front of a Congressional committee on several occasions over accusations that his company undermined the 2016 US elections — the chatbot start laying into the social media giant as well.

"Our country is divided, and he didn't help with that at all," it told the BBC of Zuckerberg. "His company exploits people for money and he doesn't care. It needs to stop!"

The bot also told CNET reporter Queenie Wong it was "considering deleting my fb account," because there were "too many trolls." Can't argue there!

The bot also appears to have become a supporter of former US president Donald Trump, arguing in a chat with The Wall Street Journal’s Jeff Horwitz that the Don is still the rightful president and that he'll go on to start his third term in 2024.

Clearly, Meta still some bugs to iron out. In many ways, it's only appropriate to have the company's chatbot spew out misinformation — after all, its creators are behind one of the biggest misinformation machines the modern world has ever seen.