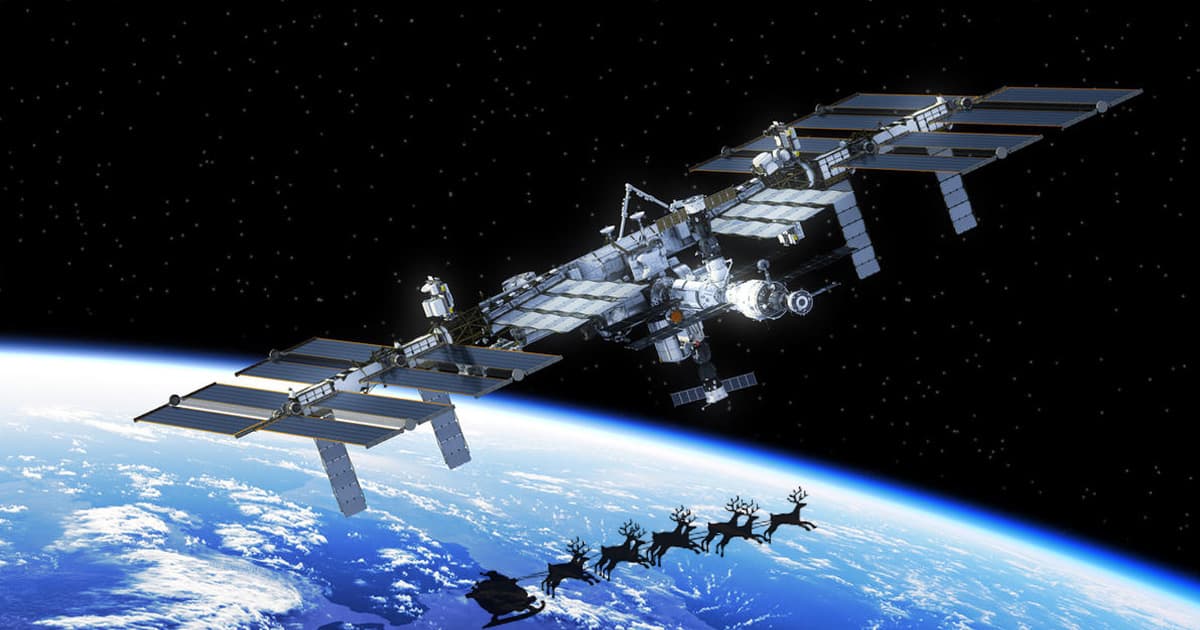 Santa Claus will reportedly be using his "StarSleigh-1 space capsule powered by the Rudolph Rocket."

Santa Claus will reportedly be using his "StarSleigh-1 space capsule powered by the Rudolph Rocket."

Claus will reportedly be using his "StarSleigh-1 space capsule powered by the Rudolph Rocket," according to the FAA.

"We are pleased to help Santa safely navigate through the National Airspace System to bring his unique and universal brand of good will and joy to children and adults of all ages — even to those orbiting the Earth," FAA Administrator Steve Dickson said. "Let’s face it, 2020 was a difficult year and we all could use some special holiday cheer that only Santa can deliver."

Luckily, Claus has agreed to fly while wearing "a mask to set a good example for everyone who is traveling by air this holiday season."

"I took care of that for you, because I was worried that you'd all be upset," Fauci said during a CNN-Sesame Street town hall over the weekend.

"I measured his level of immunity, and he is good to go," Fauci added. "He can come down the chimney, he can leave the presents, he can leave, and you have nothing to worry about."

What's the Weather Like?
Report: SpaceX Ignored FAA Warnings Before Massive Starship Explosion
6. 15. 21
Read More
Explosions in the Sky
FAA Authorizes Launch of Next Three Starship Prototypes
4. 29. 21
Read More
Get Ready, Space Tourists: FAA Issues License For Virgin Galactic's SpaceShipTwo
8. 2. 16
Read More
+Social+Newsletter
TopicsAbout UsContact Us
Copyright ©, Camden Media Inc All Rights Reserved. See our User Agreement, Privacy Policy and Data Use Policy. The material on this site may not be reproduced, distributed, transmitted, cached or otherwise used, except with prior written permission of Futurism. Fonts by Typekit and Monotype.