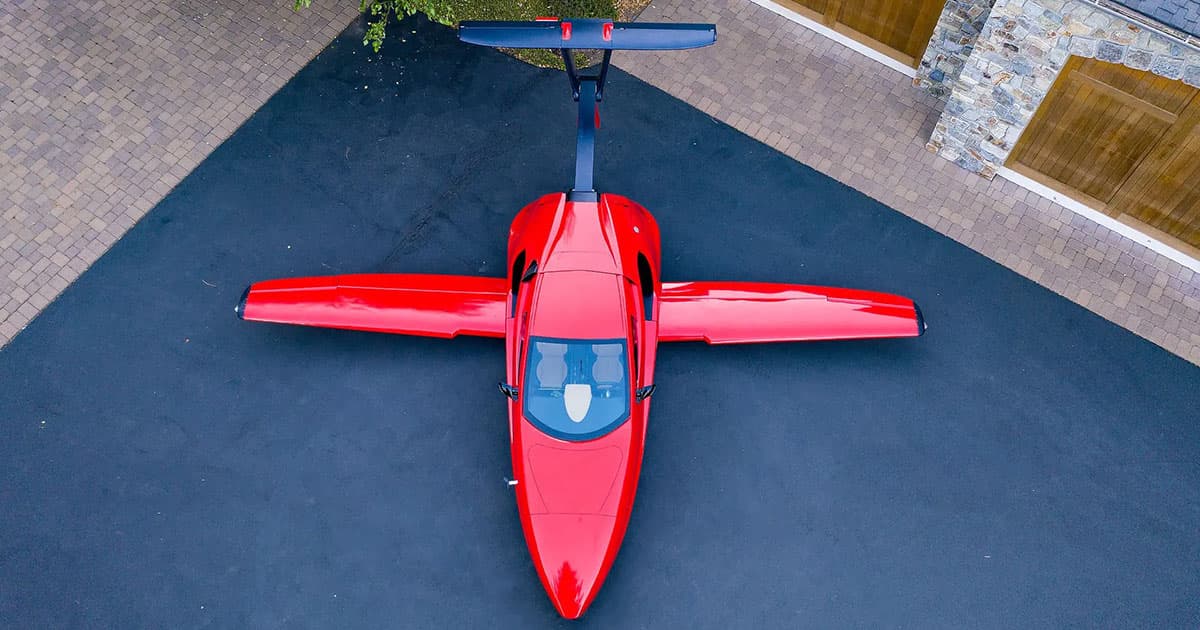 "Artists dream the future, and that future is filled with flying cars."

"Artists dream the future, and that future is filled with flying cars."

The Federal Aviation Administration (FAA) has deemed a prototype of the Samson Sky Switchblade — a street-legal three-wheeler that's capable of vertical take off and landing (VTOL) — airworthy and ready for trial flights, according to local news station KOIN.

It's a big win for Oregon-based, roadable aircraft maker Samson Sky, which has been working on the delightfully cartoonish flying sports car for 14 years — and, perhaps, a vote of confidence for the future of the flying car.

"Artists dream the future, and that future is filled with flying cars," the company's website reads. "If you share that dream, the Switchblade was designed for you. Welcome to the Future!"

According to New Atlas, the speedy hybrid VTOL is designed to turn itself into aircraft at the touch of a button, and boasts land and air speeds of over 125 and 200 mph, respectively.

It's also no larger than a family sedan, which means that in a matter of years, people could literally be keeping their own Switchblade in their garage — that is, if they can afford the $150,000 price tag.

While the FAA clearing this adorable little number is certainly an exciting moment for the VTOL market, we likely won't be seeing consumer-grade flying cars hitting the market any time soon.

So far, the company has only taken the little racer for a speedy run along a runway — without ever taking off.

And unlike lightweight personal aircrafts like the Jetson One, Switchblade owners will need a regular pilot's license in order to operate the powerful little craft.

Still, Samson Sky seems very encouraged by the FAA decision, with the company's CEO Sam Bousfield telling KOIN that he is, in fact, "stoked."

And we can't blame him!

READ MORE: Flying car could be weeks away from takeoff [The Hill]