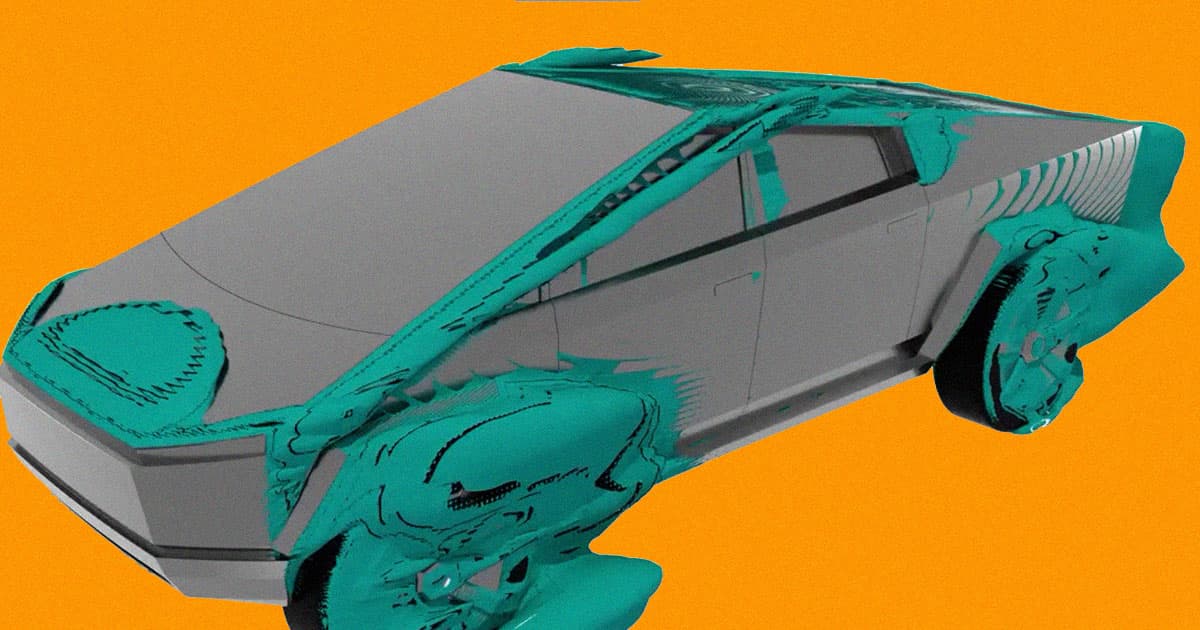 While Tesla CEO Elon Musks's oddly-shaped, historically janky Cybertruck might not look particularly efficient, a new independent analysis suggests that the much-delayed addition to the company's lineup of electric vehicles is surprisingly aerodynamic.

Aleix Lázaro Prat, a computer fluid dynamics engineer for a company called Numeric System, simulated the cyberpunk pickup's wind resistance in a digital model that he posted on LinkedIn, along with a written description of the car's simulated drag performance.

"Contrary to what many people would think, the sharp edge of the roof does not produce a big detachment! It is true that the flow it is not attached, but in fact the air follows down the slope quite seamlessly," read the engineer's analysis. "This is quite remarkable and a big aerodynamic advantage compared to other pick-up trucks."

Traditional pickup trucks are notoriously inefficient vehicles, including in terms of wind resistance. Most have a drag coefficient — that is, the quantification of the aerodynamic efficiency of an object in a fluid environment — between 0.55 and 0.65.

To put that in perspective, the average car tends to have a drag coefficient between 0.3 and 0.4, while the most aerodynamic vehicles are usually somewhere in the 0.26 and 0.22 range.

Musk's truck, on the other hand, has a drag coefficient of roughly 0.39 according to Prat's model — a pretty stark difference when compared to the average pickup on the market.

While the engineer was optimistic about the brutalist vehicle's aerodynamic performance, they did have a few notes for the strangely designed machine.

"By adjusting couple surface features, in particular the surrounding edgy geometry of the wheel arches, the drag could be lowered even further," he added in their LinkedIn post.

All in all, hats off to Musk. While the delayed vehicle definitely has some other problems to fix, an aerodynamic design — even if there's still some room to improve — is no small feat for a vehicle so chunky.

More on the Tesla Cybertruck: Tesla Shows off Cybertruck, but There Are a Bunch of Wires Ripped out of the Steering Wheel for Some Reason