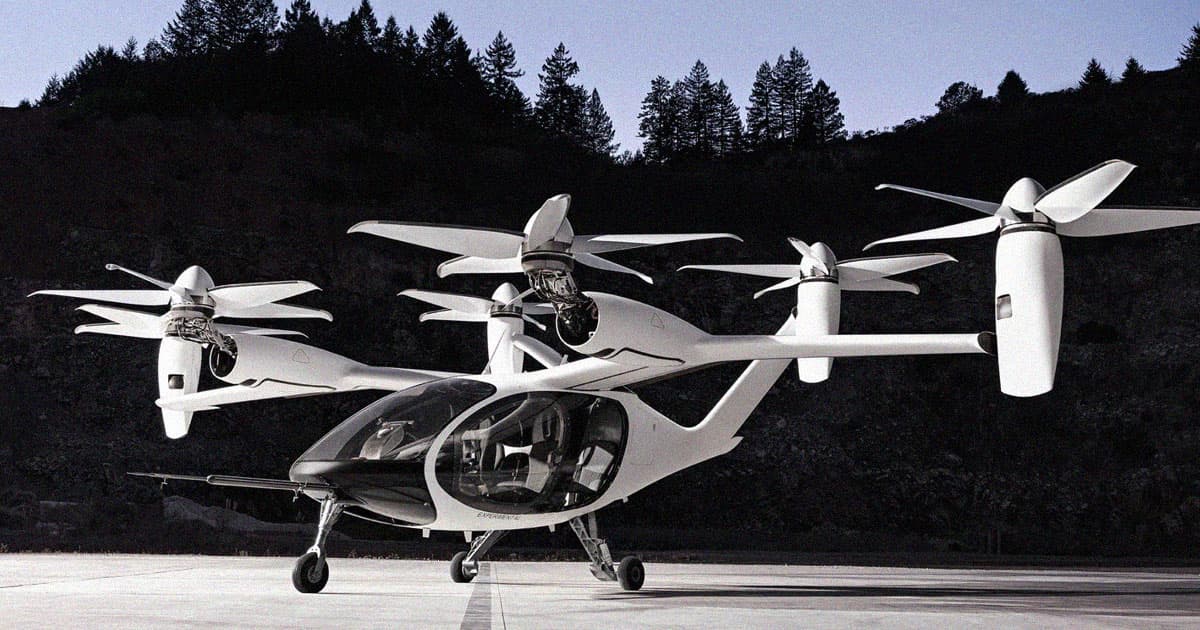 An Experimental Flying Car Just Crashed During a Test

Flying taxi startup Joby says that one of its experimental vehicles has been involved in an accident, resulting in “substantial damage” to the aircraft — but fortunately no injuries, Bloomberg reports.

The accident is now being investigated the National Transportation Safety Board, and the news sent the startup’s stock price on a dive — it’s not exactly confidence-inducing to investors when they hear about a flying taxi going down.

Details surrounding the crash are scarce. All we have to go by is Joby’s vague regulatory filing about an “experimental prototype aircraft” being “involved in an accident during flight testing at our remote flight test base in California.”

Joby is working on a small, dronelike hexacopter capable of seating five passengers, covering a range of 150 miles, and reaching speeds of 200 mph.

But the accident may represent a significant setback, especially when it comes to getting further authorization from the Federal Aviation Administration. Joby was hoping to start flying its flying taxis commercially within just two years, according to Bloomberg.

But the company is now saying the crash was all part of the process.

“Experimental flight test programs are intentionally designed to determine the limits of aircraft performance, and accidents are unfortunately a possibility,” Joby’s filing reads. “We will be supporting the relevant authorities in investigating the accident thoroughly.”

The company will now have to rely on a second prototype to continue testing.

Fortunately nobody was injured, but it likely won’t be the last time a flying taxi crashes. Public — and particularly investor — perception matters, which is only bound to make things even more challenging for startups like Joby.

Air Ferry
Paris Will Use Electric Flying Cars to Get Passengers to the Olympics
11. 27. 21
Read More
Green Flying Cars
Study: Flying Cars Could End Up Being Greener Than Electric Cars
4. 30. 19
Read More
Flying Cars May Work Best When Tethered to Power Lines
9. 14. 18
Read More
+Social+Newsletter
TopicsAbout UsContact Us
Copyright ©, Camden Media Inc All Rights Reserved. See our User Agreement, Privacy Policy and Data Use Policy. The material on this site may not be reproduced, distributed, transmitted, cached or otherwise used, except with prior written permission of Futurism. Fonts by Typekit and Monotype.