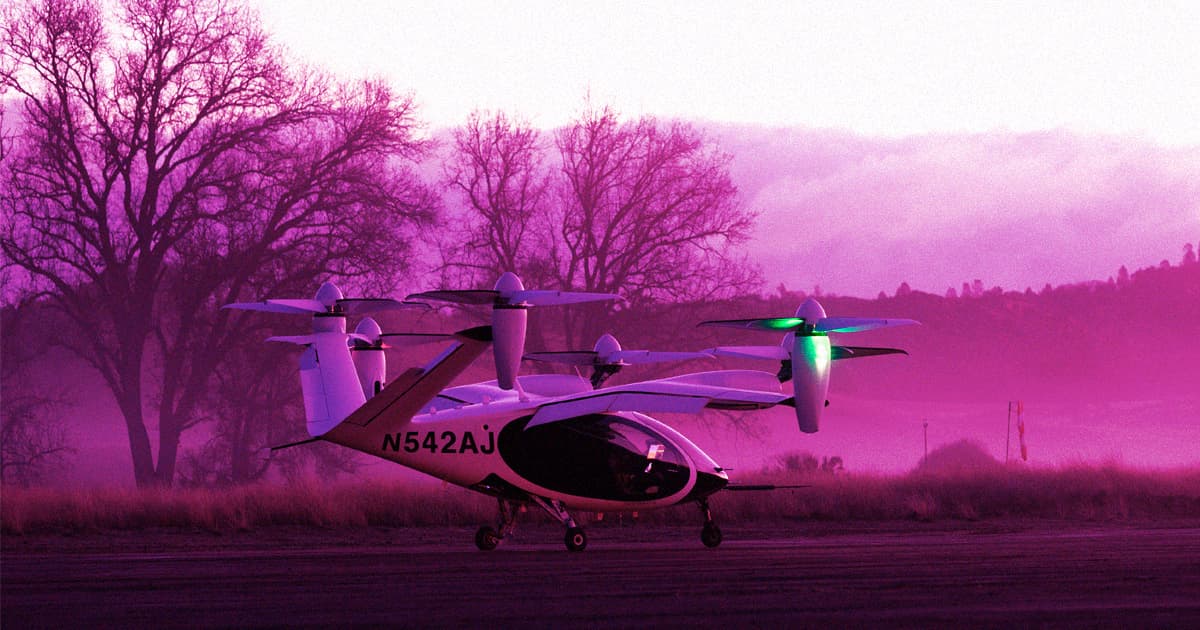 Is this what the future of the air taxi will look — and sound — like?

Is this what the future of the air taxi will look — and sound — like?

NASA is officially starting to flight test an all-electric vertical take off and landing (eVTOL) aircraft built by California-based Joby Aviation, with the hopes of establishing an entirely new form of city-to-city transportation.

The space agency is using the aircraft to collect performance and acoustic data to help develop future airspace concepts as part of its Advanced Air Mobility (AAM) National Campaign.

NASA is also hoping to help inform the Federal Aviation Administration (FAA) on possible gaps in regulations and policies surrounding the use of air taxis in cities and other parts of the country — a key step toward integrating flying taxis into the future of transportation.

Quiet Take Off and Landing

A key part of that effort will be to determine whether air taxis will be too loud to blend into the background noise — or wake up entire city blocks when taking off. The space agency will be using an array of more than 50 microphones to measure what Joby's eVTOL sounds like.

"From Day 1, we prioritized building an aircraft that not only has an extremely low noise profile, but blends seamlessly into the natural environment," said JoeBen Bevirt, founder and CEO of Joby Aviation, in an announcement. "We have always believed that a minimal acoustic footprint is key to making aviation a convenient part of everyday movement without compromising quality of life, and we’re excited to fly with NASA [to] demonstrate the acoustic profile of our aircraft."

The aircraft has a range of 150 miles and top speed of 200 mph. Earlier flight testing videos appear to show that the vehicle is relatively quiet. In the video, Bevirt was able to audibly express his excitement over the tech while the aircraft took off not far behind him.

NASA is hoping its AAM program will also "provide an efficient and affordable system for passenger and cargo transportation," according to its statement, and could encompass anything from package delivery drones to medical transport vehicles.

Joby is aiming for full Federal Aviation Administration certification as soon as 2023 and says it's already completed more than 1,000 test flights.

Is this what the future of the air taxis will look — and sound — like? With key regulatory partners, startups like Joby have a chance to usher in a future in which we can fly from city to city unburdened by city traffic or busy airports — or, at least, the wealthy will be able to.

Flying-car Company Aims to Make On-Demand Air Taxis Happen by 2025
8. 22. 17
Read More
Dubai's Autonomous Flying Taxi Service Will Be Ready for Takeoff This Year
6. 29. 17
Read More
A Real Life, All-Electric Flying Car Just Took Off
4. 21. 17
Read More
+Social+Newsletter
TopicsAbout UsContact Us
Copyright ©, Camden Media Inc All Rights Reserved. See our User Agreement, Privacy Policy and Data Use Policy. The material on this site may not be reproduced, distributed, transmitted, cached or otherwise used, except with prior written permission of Futurism. Articles may contain affiliate links which enable us to share in the revenue of any purchases made.
Fonts by Typekit and Monotype.