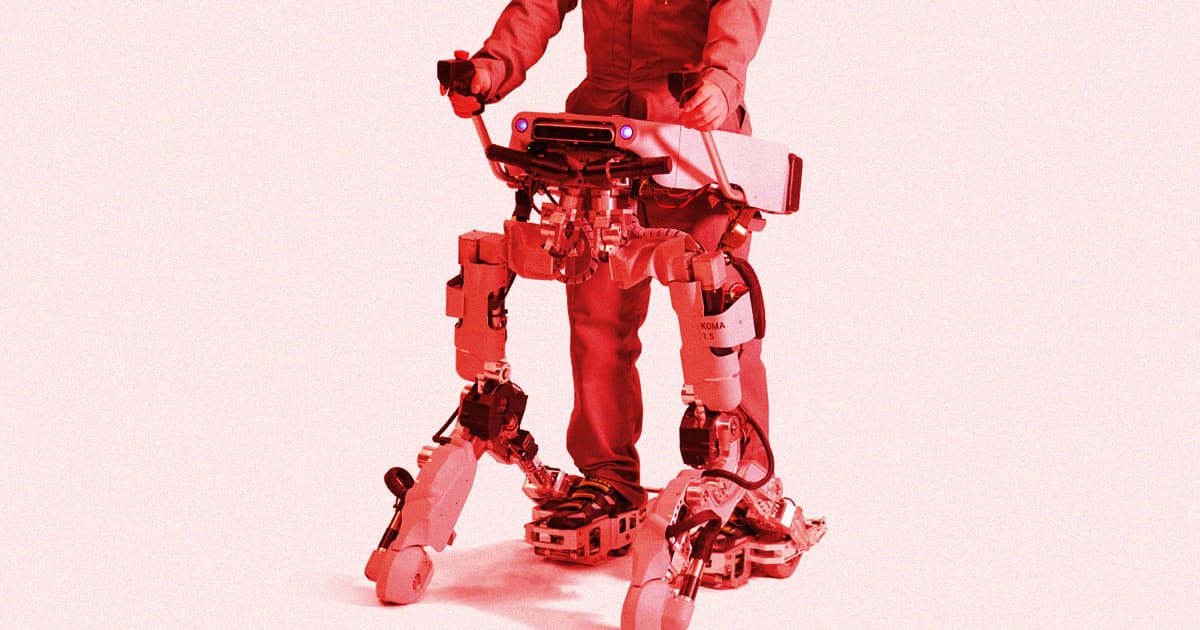 It's like an exoskeleton and an electric scooter had a baby.

It's like an exoskeleton and an electric scooter had a baby.

Japanese Panasonic subsidiary Atoun has come up with a futuristic exoskeleton that can transform itself into a powered buggy.

The suit, dubbed the Koma 1.5, is designed to allow its wearer to lift heavy items while also rolling across relatively smooth terrain, like a factory or warehouse floor — and to do it in style, seemingly.

In Buggy Mode, the suit's wearer can step onto two little platforms and ride away, kind of like a two-legged, electric scooter.

In "Two-Legged Mode," in contrast, the wearer can use the suit to walk up and down steps, as seen in a video.

According to an official product page, the robotic exoskeleton can also automatically detect and avoid obstacles.

It looks like a somewhat clunky approach to walking up and down steps — the video doesn't exactly make the transition from walking to rolling look smooth. But given the largely smooth surfaces warehouse workers have to walk across, putting them on wheels does make sense.

It's unclear if Atoun is planning to bring the suit into production — it's currently listed as "under development" on its website. But it's a fun twist on the powered exoskeleton concept that's bound to bring some much-needed excitement to working in a factory or warehouse.

READ MORE: Koma 1.5 can be either a buggy or a powered exoskeleton, as required [Atlas]