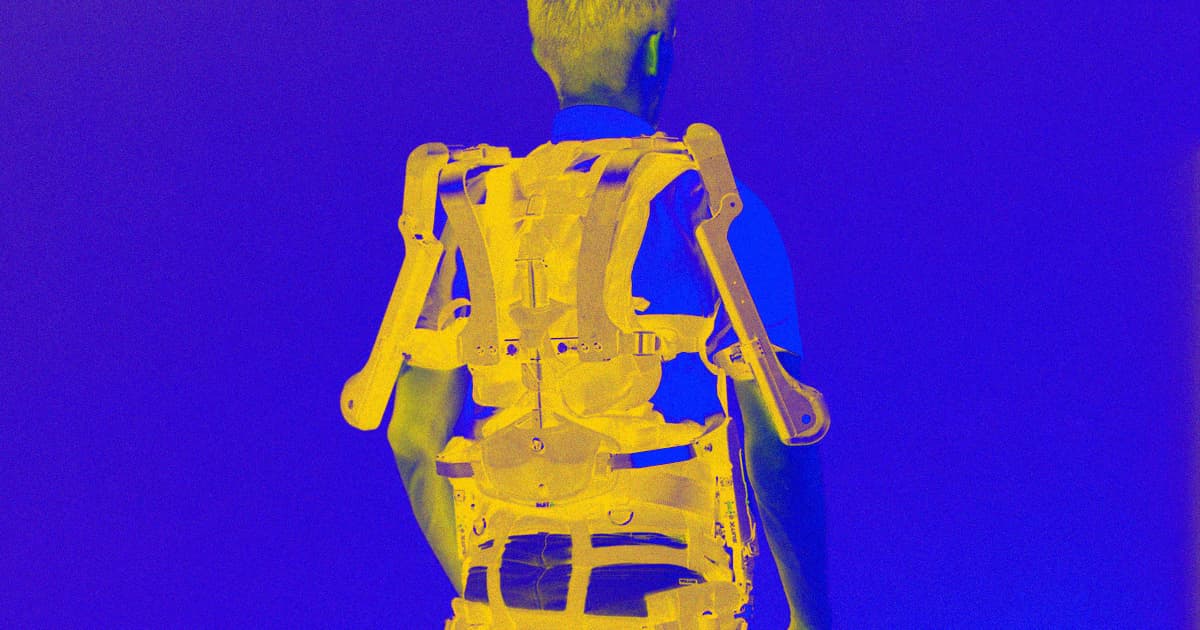 "There is no doubt in my mind that these devices will eventually be sold at hardware stores."

"There is no doubt in my mind that these devices will eventually be sold at hardware stores."

California-based exoskeleton manufacturer SuitX is betting its technology will soon go mainstream — with exoskeletons being sold at every big box store, the BBC reports.

"There is no doubt in my mind that these devices will eventually be sold at hardware stores,"  SuitX founder Homayoon Kazerooni told the broadcaster. "As the prices come down you'll be able to simply buy them at Home Depot."

Exoskeletons don't have to be complex pieces of machinery reminiscent of "Iron Man." Many of today's offerings fulfill far more mundane tasks, from allowing automakers to work overhead for hours at a time, relieving lower back strain, or allowing airline staff to lift pieces of luggage.

"Integrating humans and machines into one system opens up a new realm of opportunity," Adrian Spragg, expert at management consultancy Accenture, told the BBC. "Many of the early applications have been focused on military and medical applications, but in the last several years there's been an explosion of use in a range of cases."

SuitX's suits are already being tested at carmakers General Motors and Fiat, mostly to prevent muscle fatigue and get more productivity out of human workers.

For now, exoskeletons can be prohibitively expensive, costing on average "around $45,000," according to Spragg. "However, with economies of scale and technological maturity, prices will come down."

Kazerooni tends to agree, suggesting that exoskeletons could make simple activities like climbing or hiking easier — and "for all ages," as the founder told the BBC.

READ MORE: The 'Iron Man' body armour many of us may soon be wearing [BBC]

Hand That Feeds
A Wearable Robot Arm Makes You Work for Thanksgiving Leftovers
11. 23. 18
Read More
Exoskeletons are About to Walk Ford's Factory Floors
8. 8. 18
Read More
Pacific Rim's Robots Are Less Advanced Than Some of Today's Real Robots
3. 28. 18
Read More
+Social+Newsletter
TopicsAbout UsContact Us
Copyright ©, Camden Media Inc All Rights Reserved. See our User Agreement, Privacy Policy and Data Use Policy. The material on this site may not be reproduced, distributed, transmitted, cached or otherwise used, except with prior written permission of Futurism. Fonts by Typekit and Monotype.