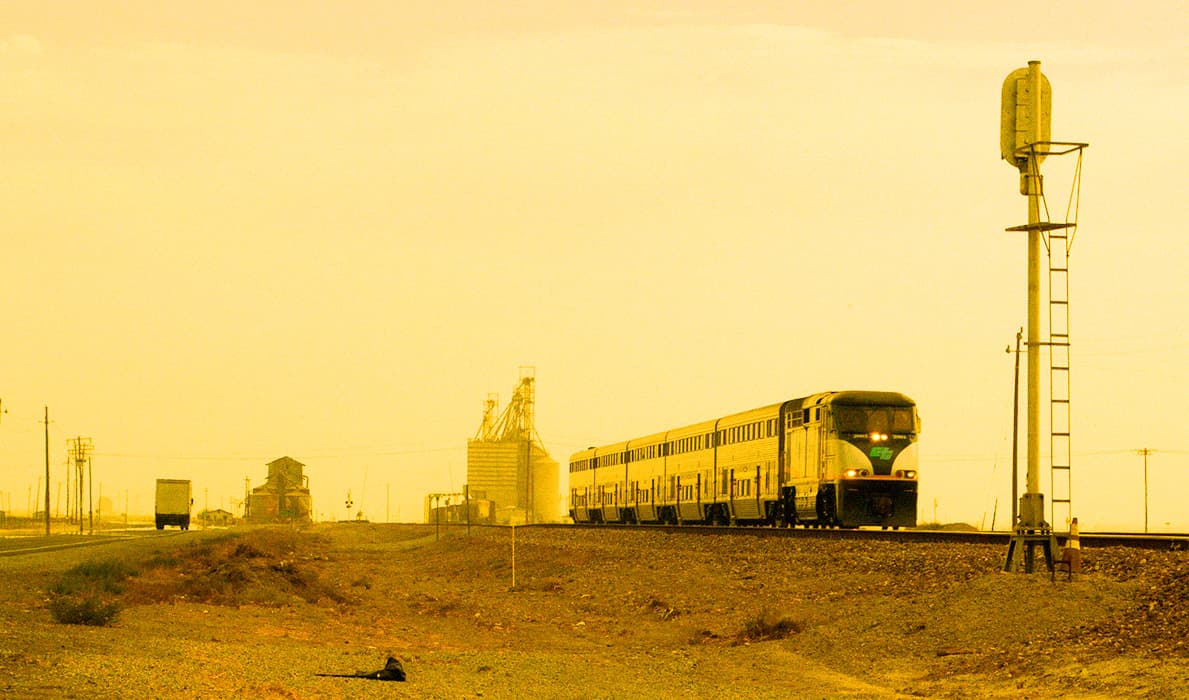 An Entire Town Is Getting Swallowed by the Earth

Some parts of town have dropped by about 11 feet.

Some parts of town have dropped by about 11 feet.

In central California, almost exactly in between Los Angeles and San Francisco, a farming town called Corcoran is sinking into the Earth at an alarming rate.

While the descent has been uneven over the years and happens at too large a scale to notice on the ground — NASA satellites had to confirm the problem — some parts of Corcoran have dropped by more than 11 feet over the last 14 years, The New York Times reports. And with several more feet expected in the near future, the towns' infrastructure is now in serious danger.

"It's a risk for us," Corcoran resident Mary Gonzalez-Gomez told the NYT. "We all know that, but what are we going to do? There's really nothing that we can do. And I don't want to move."

The problem stems from the heavy water usage of the area's agricultural industry. When rivers don't provide enough water for farms in the area, they'll start to pump water from underground reservoirs. The challenge, according to the NYT, is that those reservoirs are directly underneath Corcoran. After generations of pumping, the ground is beginning to crumble and compact together.

"There's no way around it," Jay Famiglietti, a former NASA Scientist, told the NYT. "The scale of the bowl that’s been created from the pumping is large and that may be why people don't perceive it. But a careful analysis would find there is lots of infrastructure potentially at risk."

Famiglietti, who's now the director of the Global Institute for Water Security at Canada's University of Saskatchewan, was one of the first to use satellite data to show that Corcoran was sinking.

There's not much that Corcoran can do to lift itself back up, according to the NYT, but it can try to mitigate further damage by limiting pumping and imposing better control over groundwater usage among neighboring towns and agricultural companies that have done much of the damage.

"The plight of Corcoran is the absolute poster child for legacy unmanaged groundwater pumping that is unacceptable in California," California Department of Water Resources director Karla Nemeth told the NYT.

More on groundwater: An Underground Tank Is Leaking Massive Amounts of Radioactive Waste

Wobble Wobble
Scientists: Uh, Earth Flipped Over On Its Side 84 Million Years Ago
10. 20. 21
Read More
Pig Heaven
Assault Rifles Won't Solve Your Feral Hog Problem, Say Scientists
8. 7. 19
Read More
Super Old Vintage
Wine Grapes Haven’t Changed Much Genetically Since Ancient Rome
6. 12. 19
Read More
+Social+Newsletter
TopicsAbout UsContact Us
Copyright ©, Camden Media Inc All Rights Reserved. See our User Agreement, Privacy Policy and Data Use Policy. The material on this site may not be reproduced, distributed, transmitted, cached or otherwise used, except with prior written permission of Futurism. Articles may contain affiliate links which enable us to share in the revenue of any purchases made.
Fonts by Typekit and Monotype.