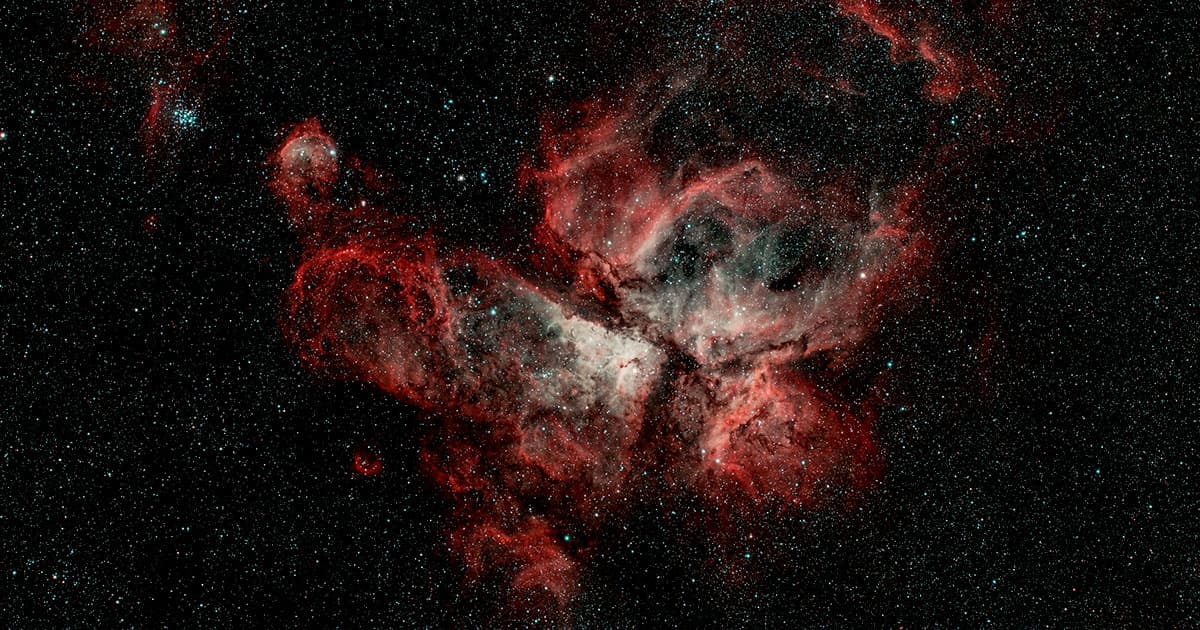 Humans know surprisingly little about one of the largest features of the cosmos: big ol' voids of nothingness. If the universe was a brain cell, cosmic voids would be the space between neurons — and they're absolutely huge, sometimes measuring in at hundreds of millions of light-years in width.

Now, a new theory floats the possibility that these voids might explain one of the most galling mysteries in cosmology. According to a new paper spotted by Live Science and set to be published in the Monthly Notices of the Royal Astronomical Society journal, these cosmic voids may be the source of dark energy, the yet-unexplained force that most experts believe is causing the universe to expand faster and faster.

Basically, a longstanding puzzle in astrophysics is that observations show the universe expanding faster than our best calculations predict that it should. Scientists have long speculated that some unknown force, termed dark matter, is causing that faster-than-expected expansion.

As explained by Live Science's Paul Sutter — himself a professor of astrophysics at Stony Brook University, it's worth noting — the Iranian researchers' thesis is essentially that these vast voids are exerting pressure on the stuff around them. If the claim holds up, the idea is that they're warping the expansion of the entire universe outside what you'd expect from a more homogenous distribution of matter.

Whether the claim will hold up is tough to say. The scientists are circumspect in the paper, framing the voids as a "possible source" of dark energy. But the stakes are high, because anyone who does explain the great mystery of dark matter will undoubtedly earn a permanent place in the history of science.

More on dark matter: Inside NASA's Bold Proposal to Probe the Mysteries of Dark Matter