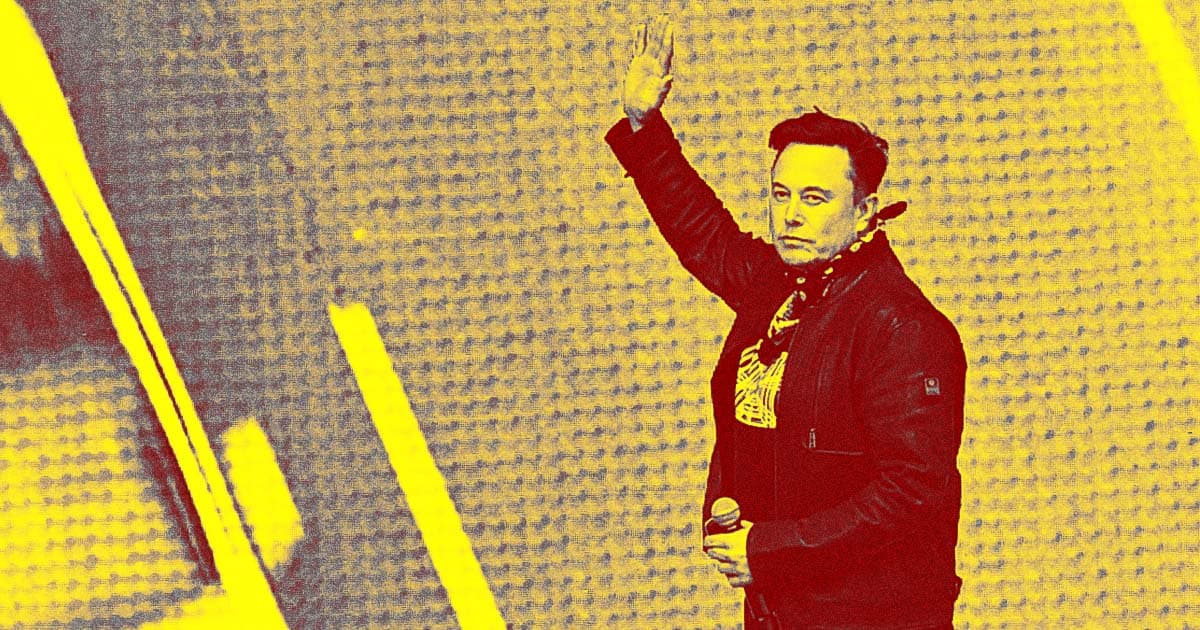 Fraternizing with the Enemy

He gave a motivational speech about efficient car production.

He gave a motivational speech about efficient car production.

Tesla CEO and Iron Man-suit inspector Elon Musk is full of surprises. His latest is popping in on a rival carmaker’s executive conference to give a motivational talk.

Musk spoke to 200 Volkswagen (VW) executives on a video call last Thursday to encourage the company’s leaders to embrace efficient electric car production, according to Reuters. He reportedly received the invitation from VW CEO Herbert Diess, who confirmed Musk’s attendance on Saturday, adding on Linkedin that he brought him in as a "surprise guest" — a reminder that while Musk sometimes seems to live for interpersonal conflict, he's also been known to take a more collaborative approach, especially to environmental problems.

With a new mindset & a revolution in our headquarter Wolfsburg we can succeed the new competition.Good meeting with 200 top managers in Alpbach. Big responsibility at a crucial point for our company. Thx for joining @ErinMeyerINSEAD & @elonmusk,we will visit you soon in Grünheide pic.twitter.com/dwYyXZnBT8

It was an eyebrow-raising cameo. After all, it’s not every day that the CEO of your company’s top competitor shows up to give a motivational talk. However, Musk seemed more than willing to impart a few words of encouragement to the VW executives about Tesla’s car-building efficiency.

"Happy to hear that even our strongest competitor thinks that we will succeed [in] the transition if we drive the transformation with full power," Diess said on his Linkedin post.

"One example for the speed of Tesla: They handle the chip shortage very well — the reason: they are developing their own software," the CEO added. "Within just 2-3 weeks they had a new software which allows [Tesla] to use different chips. Impressive."

While it was a bold choice to invite Musk to speak at the event, it’s also an odd one, albeit for reasons that don’t have to do with being VW’s main competitor.

After all, Tesla doesn’t exactly have a great history with making deadlines. The company just recently delayed the commercial roll out for the Cybertruck and even went as far as scrubbing the prices and specs of the vehicle from their websites. Its much hyped "Full Self-Driving" software has also been delayed numerous times — with Musk even admitting that he’s been surprised by how difficult it's been to develop.

Regardless, there is no denying that Tesla is still the (techno)king of electric cars right now. So it makes sense that VW’s CEO is embracing the old "The Godfather" adage, "Keep your friends close, keep your enemies closer."

More on Tesla: Tesla Just Scrubbed the Cybertruck Prices, Specs from Its Website