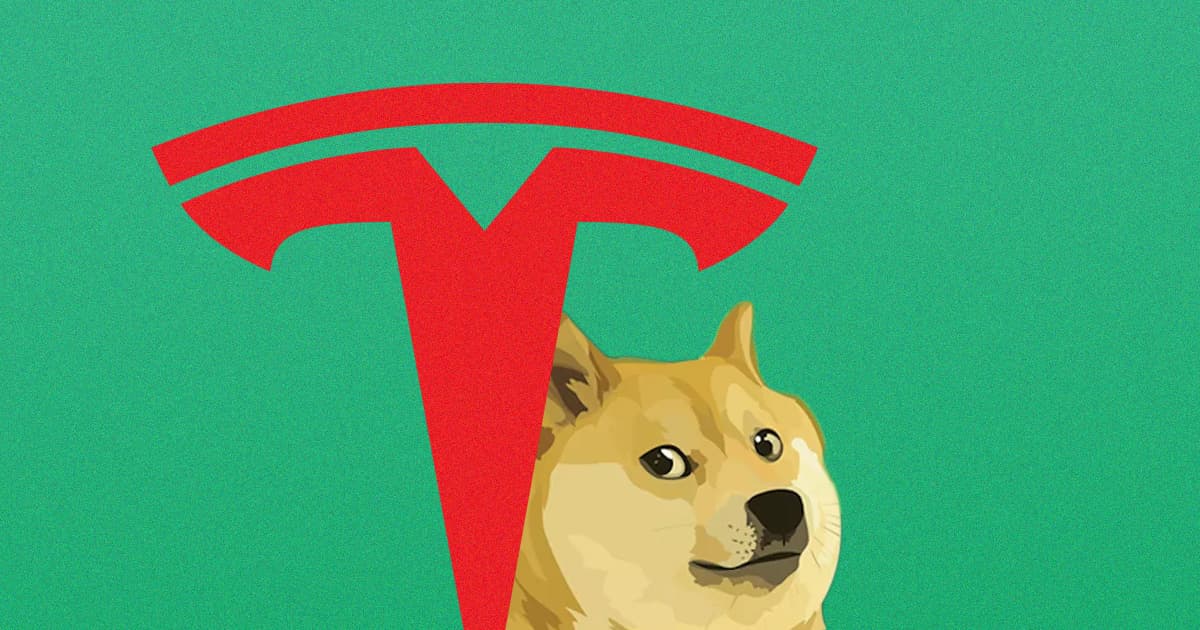 His followers are on board.

His followers are on board.

In a poll posted to Twitter, Tesla CEO Elon Musk asked his millions of followers whether his electric car company should start accepting the joke-but-maybe-not-a-joke cryptocurrency Dogecoin.

The price of the meme-themed token rallied some 20 percent after Musk posted the poll, recovering to levels last seen before his Saturday Night Live appearance, as Insider reports.

Unsurprisingly, a 77 percent majority of Musk's followers endorsed Musk's suggestion for Tesla to "accept Doge" — though by press time it had fallen back to around $0.49 per coin, far short of its high of around $.072 during the leadup to Musk's SNL appearance.

The news also comes after Musk announced on Sunday that Dogecoin is literally going to the Moon, as has been suggested in countless memes. A SpaceX satellite called Doge-1 will launch some time next year, he says, a mission paid entirely with the digital currency.

"To the mooooonnn!!" an excited Musk added. According to the billionaire, it will be "first" crypto and "meme" to go to space.

It wouldn't be entirely surprising for Tesla to accept cryptocurrencies as a form of payment. In February, Musk announced that Tesla will start accepting Bitcoin as payment for its electric vehicles.

The company also made significant investments in the cryptocurrency at the time, selling some of them off towards the end of the first quarter for some much-needed liquidity.

Musk has long  maintained that it's not a good idea to invest your life savings in cryptocurrencies — but he seems to be alright with people spending much of their live savings on vehicles using the tokens.