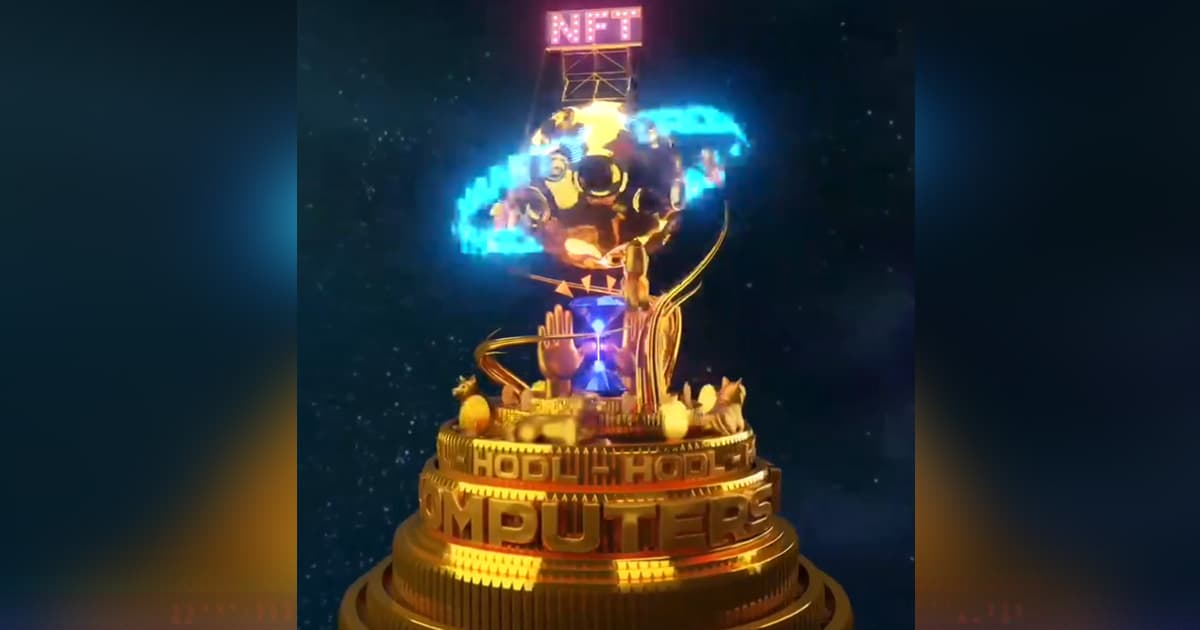 "I’m selling this song about NFTs as an NFT."

"I’m selling this song about NFTs as an NFT."

Not even a day after claiming the title "Technoking," Tesla CEO Elon Musk uploaded a techno track about non-fungible tokens, better known as NFTs, to his Twitter account.

I’m selling this song about NFTs as an NFT pic.twitter.com/B4EZLlesPx

And yes, you guessed it. "I’m selling this song about NFTs as an NFT," Musk wrote in the caption.

"NFT for your vanity, computers never sleep, it's verified, it's guaranteed," a heavily processed voice can be heard saying over the track.

In case you've been living under a rock, NFTs are a way to claim original ownership over a digital work of art, whether that's a single tweet — or in this case a song about NFTs themselves — through blockchain technology and cryptocurrency payments.

Musk took the hype surrounding the technology to its logical conclusion — and brought us all full circle.

It was only a matter of time. The digital render accompanying the song makes plenty of references to Musk's obsession with the alternative cryptocurrency Dogecoin. In the center of the spinning trophy are several "doges," below two rockets zipping up to a cartoonized version of the Moon.

It's unclear if the song will actually be sold as an NFT. But chances are that Musk will end up following his partner, the musician Grimes's, suit. Grimes sold roughly $6 million worth of NFTs earlier this year, with a single video going for $389,000 alone.

The artist ended up giving away a portion to a a nonprofit focused on reducing carbon emissions.

It's not the first time Musk has shown off his dance music production skills. In January 2020, Musk dropped a link to a heavily auto-tuned music track on his Twitter titled "Don't Doubt ur Vibe" published by "Emo G Records."