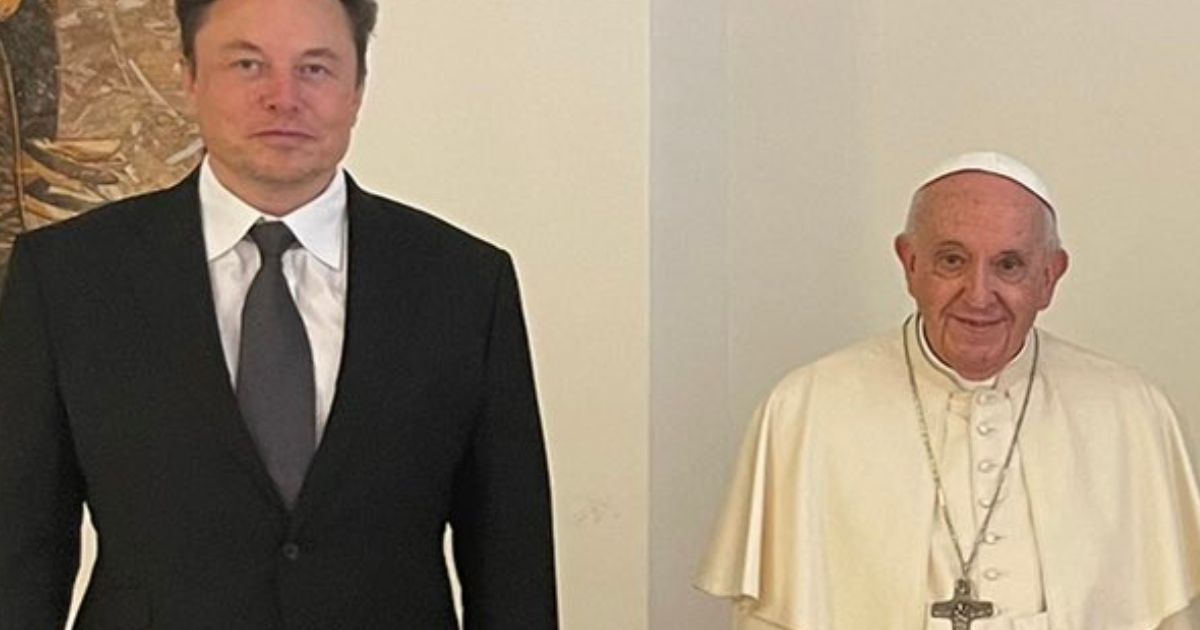 What is that pose?

What is that pose?

Never has a photo looked as awkward as the one Tesla CEO Elon Musk and his children just took with the Pope.

The billionaire tweeted the group pic yesterday — breaking a prolonged absence from the site — which shows four of his kids standing next to Pope Francis while the would-be Twitter head stood off to the left. There were almost certainly rules about distancing and not touching the Pope given the way everyone is all spaced out, but one of the youngsters did have time to thrust a victorious fist in the air.

Musk, though, is posed up like a Secret Service member on the first day of work who forgot to take four inches off the hem of his government-issued suit pants.

Plenty of Musk's followers were glad to see his return to Twitter after a lengthy break.

"Welcome back Elon," an obvious admirer said. "Missed you. Twitter was getting a lot boring without you. You, your tweets, & your presence makes Twitter an exciting, entertaining, & knowledgeable place to be at."

Others were less enthused, like the kid who's been tracking Musk's private jet for months now with an automated Twitter account despite previous bribes to shut down.

"Saw it coming," ElonJet said in response to Musk's photo.

The account said Musk's jet landed in Italy yesterday after a nearly 10-hour flight — which could explain all the wrinkles in those pants.