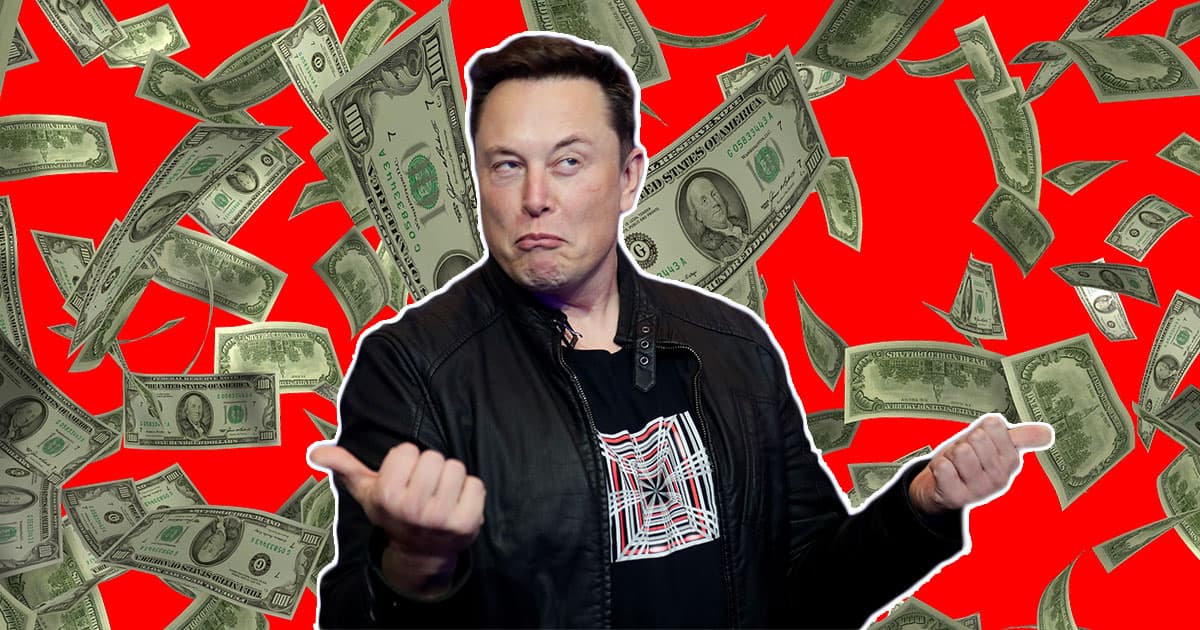 Don't get too excited — this is just another blip in the bizarreness of Elon's wealth.

Don't get too excited — this is just another blip in the bizarreness of Elon's wealth.

Tesla's stock yoyoing was making CEO Elon Musk even richer — until it made him $30 billion poorer.

As Forbes reports, the first week of 2022 saw Musk's net worth jump above $300 billion, before crashing back down to $275.1 billion in just three days. This meteoric rise and fall came amid a dramatic stock week for Tesla that saw the company trading up 13.5 percent on Monday, but then down by 11 percent at the end of Thursday.

Obviously, no one should feel too bad for the Tesla and SpaceX CEO — he's still the richest man in the world by far, with his closest competitor, the French fashion mogul Bernard Arnault, being worth over $75 billion less than him. But, at the very least, it does show that for the ultra-wealthy, vast riches are more about numbers on a spreadsheet than anything particularly tangible.

It's hard to gauge just how wealthy Musk really is, not only because so much of his worth is tied up in his businesses, but also because he himself has made grand gestures denying it.

Recently, the world's richest man and the media that follow him made major hay about his decision to sell all his properties and live in a humble shack near his Texas SpaceX plant — a decision that's been called into question after the Wall Street Journal reported that he had actually been living in another PayPal mafia member's waterfront mansion Austin.

At the end of the day, $30 billion is chump change to people like Musk — which is, if nothing else, proof that money is extremely fake.

More on Elon's money: Tesla Forced to Recall Almost Half a Million Cars