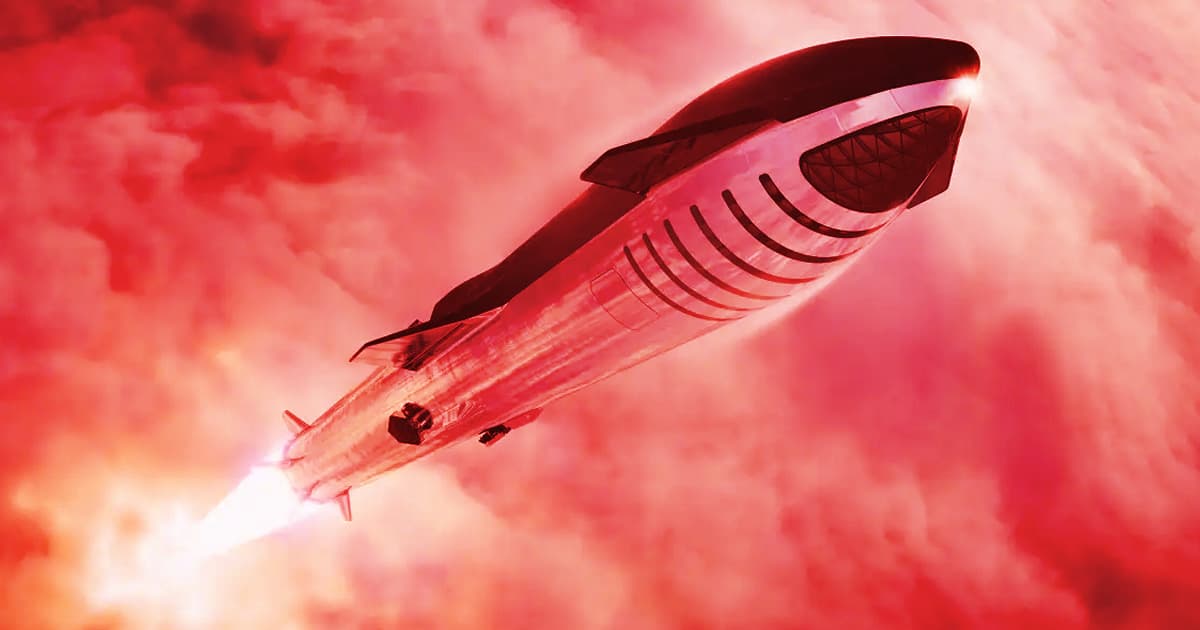 "Next one will fly to orbit."

"Next one will fly to orbit."

According to a recent tweet by SpaceX CEO Elon Musk, the space company's first flightworthy prototype of its Starship booster Super Heavy is "almost done."

The massive rocket booster is meant to carry a prototype of SpaceX's Mars-bound Starship spacecraft into orbit as soon as this summer — if, that is, all goes according to plan.

"We’re almost done with first prototype booster," Musk tweeted. "This will go to test stand A. Next one will fly to orbit."

This first one will likely be used for lower altitude test launches, just like we've seen with early Starship prototypes. In other words, SpaceX may be closer to flying its first Starship prototype than expected.

While it's not technically the first Super Heavy prototype the company has built, it's the first flightworthy one. A previous Super Heavy "pathfinder" prototype, dubbed BN1, was almost instantly scrapped for parts once its build was complete, according to Teslarati.

The company is planning to launch the first Starship prototype into orbit from its test facilities in Texas, later splashing down off the coast of an in island in Hawaii, as outlined in a document filed with the Federal Communications Commission.

The exact launch date is still unknown — and SpaceX still has plenty of work to do, so we should expect some more delays.