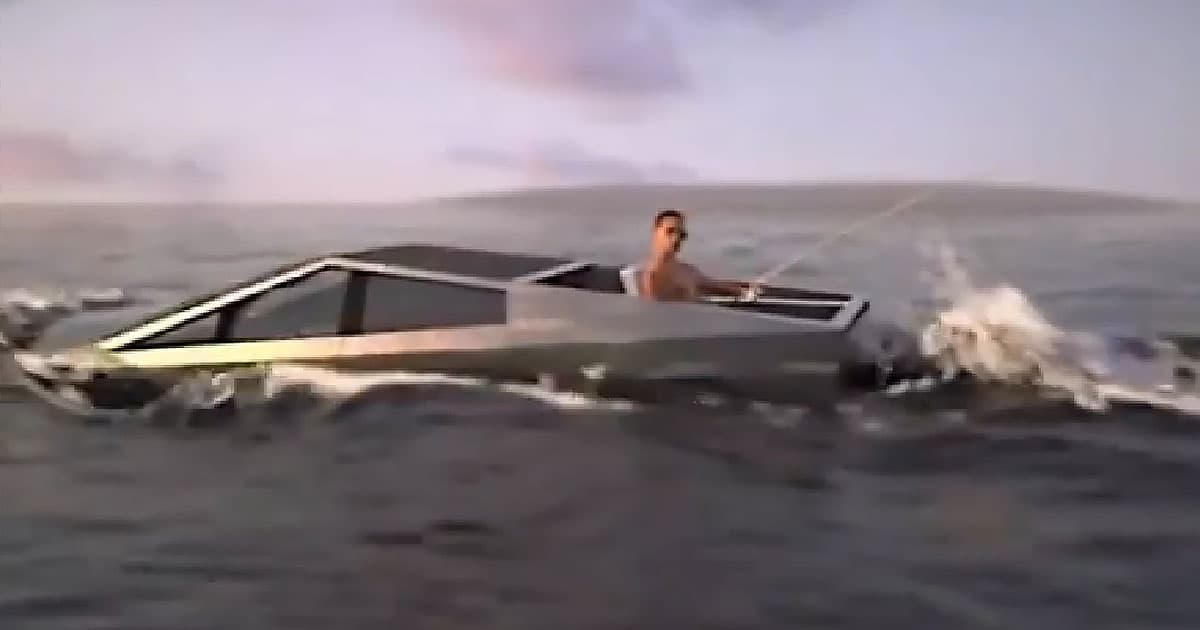 "You’d need an electric propeller mounted on the tow hitch to go faster than a few knots."

"You’d need an electric propeller mounted on the tow hitch to go faster than a few knots."

Last month, in the face of a devastating hurricane, Tesla CEO Elon Musk promised that its long-awaited Cybertruck pickup would technically be an amphibious vessel.

"Cybertruck will be waterproof enough to serve briefly as a boat, so it can cross rivers, lakes and even seas that aren’t too choppy," he tweeted at the time, suggesting the truck could "get from Starbase to South Padre Island, which requires crossing the channel."

A pickup truck with four wheels, of course, isn't exactly an ideal vessel to cross any distance on water, at least without some paddles.

But it sounds like Musk has been brainstorming since, because now he has a fresh idea: an outboard motor.

"You’d need an electric propeller mounted on the tow hitch to go faster than a few knots," he tweeted today, after another user suggested the Cybertruck may only be able to crawl at anywhere between three and ten knots or 3.5 mph and 11.5 mph.

It's certainly a fun concept to think about.

But, for now, it's a vision that only exists in Musk's imagination. In fact, according to one former employee, it's quite possible that Tesla's engineers didn't even know about the floaty requirement until Musk tweeted it out.

Besides, we've got some serious doubts about the Cybertruck being completely waterproof, especially given the company's well-documented fit and finish issues.

So as usual with Muskworld, we'll believe it when we see it.