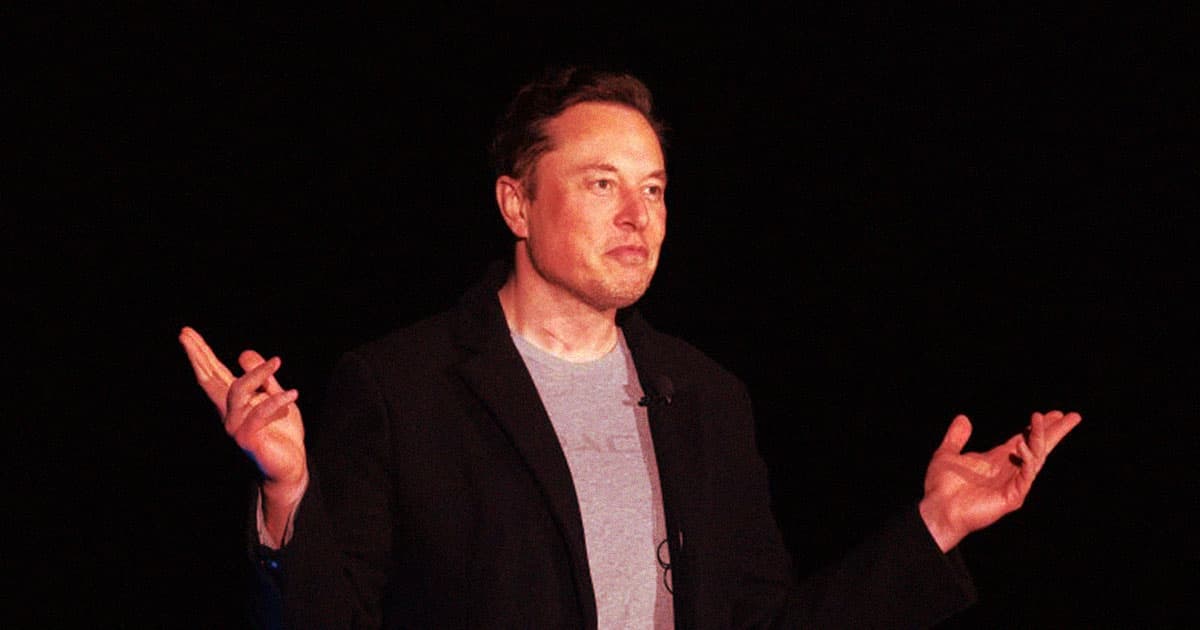 Elon Musk Warns Conservatives to "Stay Out of People's Bedrooms"

Hard to argue with that!

Hard to argue with that!

Whether you agree with Tesla and SpaceX CEO Elon Musk over his Twitter deal, his business strategy or even his sometimes eyebrow-raising personal life, it's hard to argue with what he just told a bunch of wealthy GOP donors.

Mediaite reported this week that Musk recently attended a swanky GOP donor dinner in Wyoming, and that he was asked during a speech how the Republican party could best win midterm elections and improve their approval ratings.

Musk reportedly told the GOP to "stay out of people's bedrooms," most likely alluding to anti-LGBTQ+ policies the party has passed that threaten community members' safety in recent years.

True to his die hard commitment to centrism, he also reportedly told Democrats to "stay out of people's wallets."

Musk has been getting increasing political lately, tweeting even more thoughts about the United States' political system before the dinner speech.

"To be clear, I support the left half of the Republican Party and the right half of the Democratic Party!" Musk wrote online Tuesday evening.

It's admirable to know Musk is calling out the GOP for policies that inevitably lead to the death of LGBTQ+ people, and he's right about the chances that more progressive social policy could improve the party's optics. He was also right to remind donors on Tuesday that immigrants like himself — even loud, controversial ones — contribute to a more robust country and economy.

There's no way to know if Musk's words will have an impact on those deeply ingrained anti-immigrant and anti-LGBTQ beliefs. Also unclear? What Musk would do if the party fails to change course.