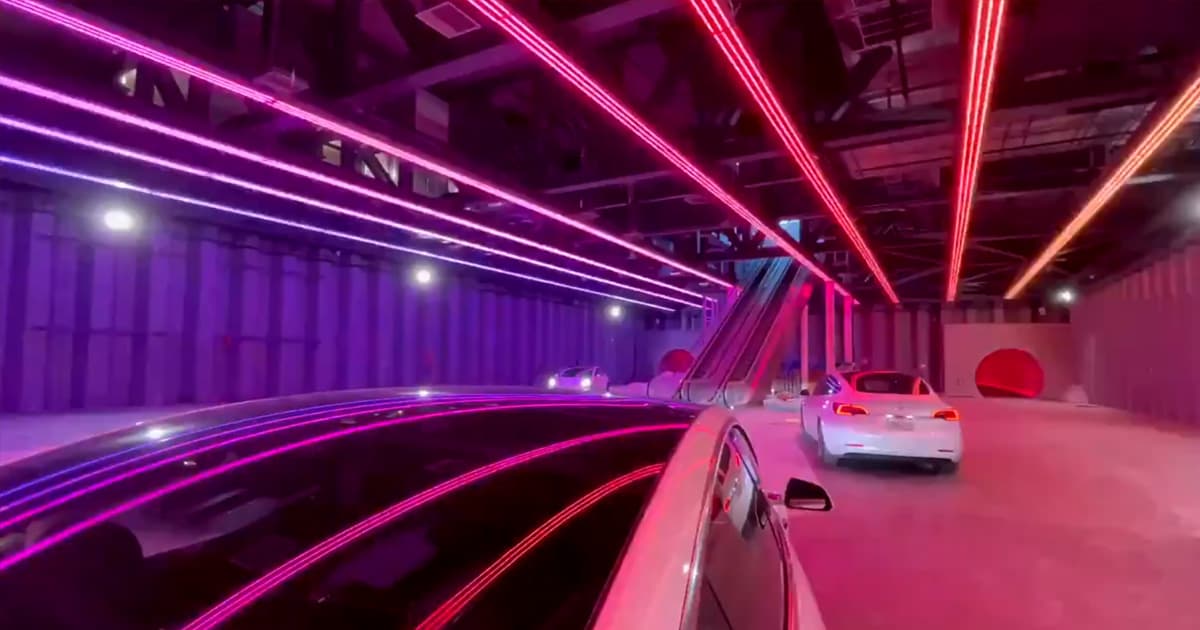 I Miss the Subway

The video also shows off a powerful sound system, pumping out EDM to go with the flashing lights.

It’s a signature move by the Tesla CEO: Musk teased in July that its brand new Gigafactory in Berlin will have “indoor/outdoor rave space” on the factory’s roof.

As Musk admitted in an October tweet, the company “simplified” original plans to transport passengers via roomy passenger pods inside the tunnels by “a lot.” As it stands, the Convention Center loop will carry five passengers at a time through the tunnel inside largely unmodified Tesla vehicles.

The jury is still out on how many passengers can be transported at a given time — and how those numbers compare to a conventional train system.

The Boring Company has also received approval to expand the Loop, as Electrek reported last month, with the company eyeing connecting the loop to the city’s Ars District as well.

More on Boring Company: There’s a theory that Elon Musk is digging a tunnel between LA and Vegas