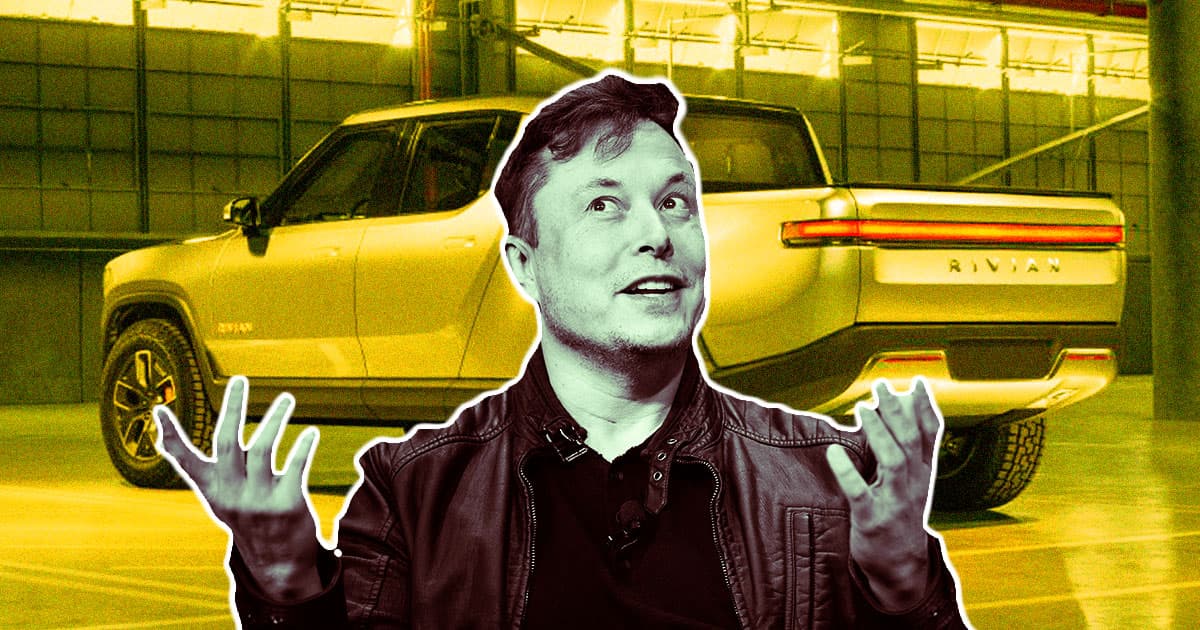 Elon Musk Is Beefing With Another Electric Carmaker Again

Electric car company Rivian exploded into public markets this week with a monstrous $116 billion IPO — but not everyone is popping the champagne quite yet.

Tesla CEO and Jeff Bezos' playground bully Elon Musk took to Twitter to throw some cold water on the rival carmaker’s enormous valuation on Thursday. He said that despite the IPO numbers, Rivian will need to ramp up vehicle production and achieve "breakeven cash flow" to really prove its merit.

"There have been hundreds of automotive startups, both electric and combustion, but Tesla is [the] only American carmaker to reach high volume production and positive cash flow in past 100 years," Musk tweeted.

While this could be seen as just some typical shade-throwing by Musk at his company’s rivals, he does have a point. Despite its massive valuation, Rivian is expected to achieve less than $1 million in sales in the third quarter of 2021, according to CNBC. The startup has also never recorded revenue in its history. In fact, Yahoo Finance reports that it didn’t sell a single vehicle until this year.

Still, its heady valuation does indicate the strength and popularity of electric vehicles, as well as investor confidence that the industry is the future of transportation. While many suspect that it’s a bubble in the making, it’s important to remember many also thought Tesla was overvalued in the years after it went public. More than a decade later, the company is stronger than ever.

Of course, only time will tell whether or not Rivian is worth the hype. For now, the company says it has 55,400 preorders for its R1S SUV and R1T pickup truck, along with contracts to build 100,000 electric vans for Amazon by 2030, according to CNBC.