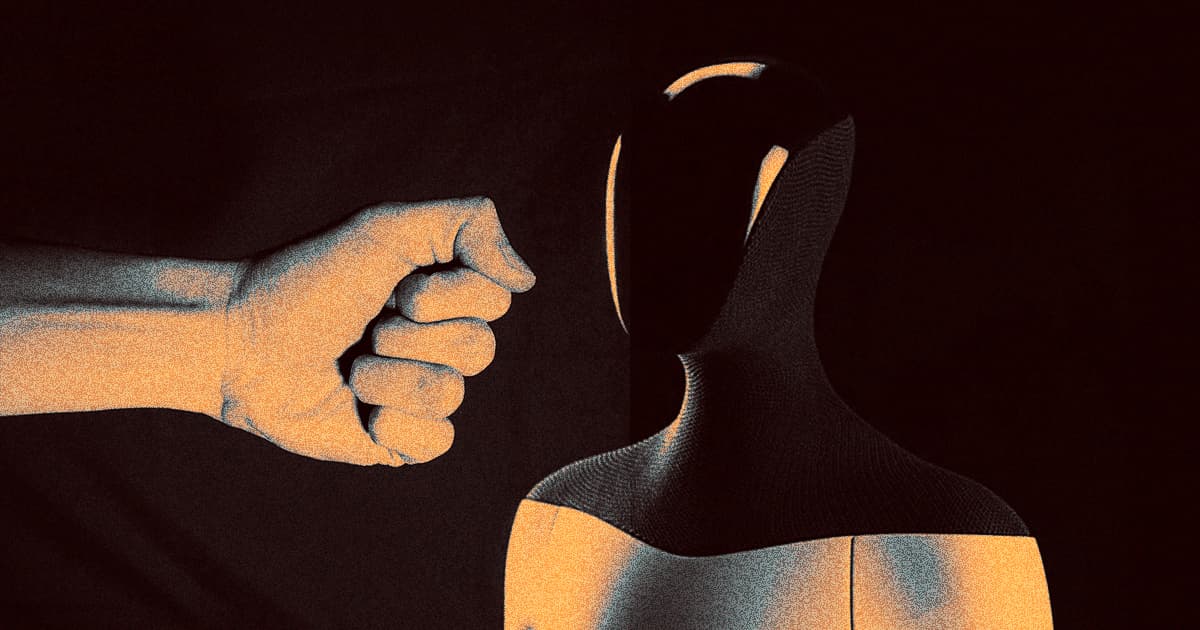 Trust me, it's on sight.

Trust me, it's on sight.

We’ve already covered the announcement and how Musk has a horrible track record of overpromising and underdelivering — remember when the underground Loop was supposed to be the superhighway of the future instead of a bumpy taxi ride in a single-lane tunnel? But Insider points out some crucial context about the robot that may or may not someday exist: Notorious AI fearmonger Elon Musk says it’ll be designed to be a true lightweight that most people should be able to either defeat in battle — or escape.

What Musk actually unveiled at Thursday’s “AI Day” event was, uh, interesting. The Tesla Bot doesn’t exist yet, so he instead dressed up some poor, probably-starving actor dancing around in a unitard.

Lmao this is the “robot” you were all excited about?? This a human in a unitard pic.twitter.com/8mBomyv3nu

It’s hard to imagine anyone watching the announcement thinking “uh oh, that guy could beat me in a fight,” but Musk still reassured the crowd that the real robot would be a diminutive 125 pounds, five-foot-eight, and travel at a max speed of five miles per hour.

“We’re setting it such that it is at a mechanical level, at a physical level, you can run away from it and most likely overpower it,” Musk said at the event.

“Hopefully that doesn’t ever happen,” he added. “But you never know.”

Of course, since Musk says the robot would operate on Tesla’s Autopilot AI algorithms, it’s more likely to crash into a wall or randomly stop short while chasing someone down anyway.

TV for Your Face
Elon Musk Says the Metaverse Sucks and Neuralink Will Be Better
12. 22. 21
Read More
Tesla Bots Roll Out
Elon Musk Just Announced a Humanoid “Tesla Bot”
8. 20. 21
Read More
Classic Mistake
Oops: Elon Musk Donated the Wrong Kind of Ventilator
4. 2. 20
Read More
+Social+Newsletter
TopicsAbout UsContact Us
Copyright ©, Camden Media Inc All Rights Reserved. See our User Agreement, Privacy Policy and Data Use Policy. The material on this site may not be reproduced, distributed, transmitted, cached or otherwise used, except with prior written permission of Futurism. Fonts by Typekit and Monotype.