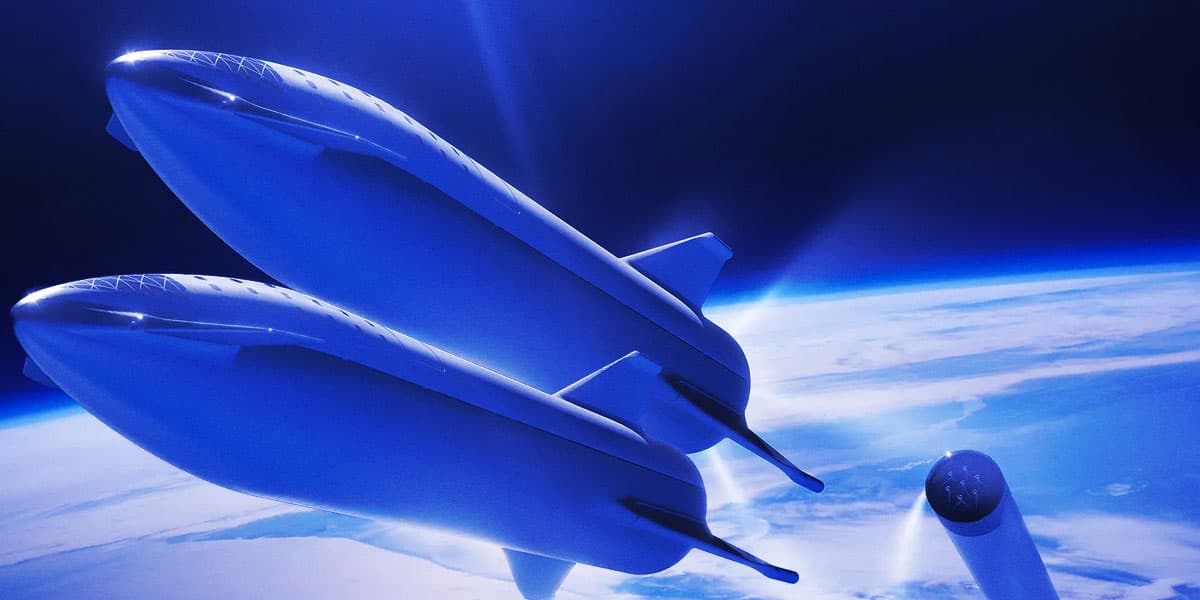 Yeah, they're refueling. We think.

Yeah, they're refueling. We think.

SpaceX's Starship spacecraft won't be able to make it all the way to the Moon, nevermind Mars, all by itself.

To get into orbit and then continue its journey, each Mars- or Moon-bound Starship will have to meet up in orbit with its brethren in order to fuel up for the journey beyond Earth. How many extra Starships it will take to get a single one to the Moon is still unclear.

What will that process look like? A new render by a SpaceX enthusiast shows the sensual act of two giant stainless-steel spacecraft meeting in space for a refueling session — and drew the approval of SpaceX CEO Elon Musk, who replied with two fire emojis.

You'd be forgiven for thinking the display, which suggests that the ships will float belly to belly to transfer propellant, looks a bit sexual. Seriously, just look at it.

In-orbit refueling is integral to the space company's mission. In October, NASA awarded SpaceX a $53 million contract to perform a propellant transfer demonstration.

"Combining Starship’s rapid reusability with orbital refilling is critical to economically transporting large numbers of crew and cargo to the Moon and Mars," SpaceX wrote in a tweet at the time.

The test, which has yet to be scheduled, will involve ten metric tons of liquid oxygen being transferred from Starship to another.

But first, SpaceX will have to demonstrate that its Starship and Super Heavy are able to get into orbit in the first place. The company is inching closer to its first-ever orbital test launch — and only then will the company be able to start seriously considering an orbital refueling maneuver.