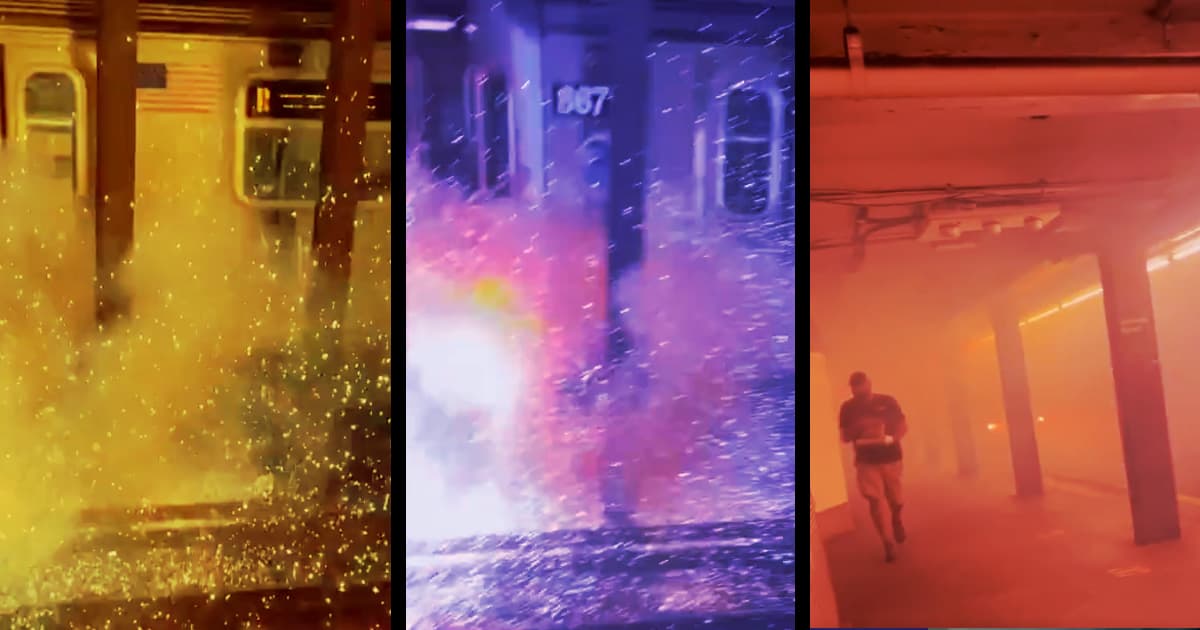 Hey Kids... Wanna See an E-Bike Get Crushed by a Subway Train?

This is why you don’t leave your electric bike on the subway tracks.

This is why you don’t leave your electric bike on the subway tracks.

A video went viral this week showing a Citi Bike rental electric bicycle getting ground to a pulp after falling into the New York City subway tracks — and thanks to the bike's battery, it produced quite the explosion.

The bike didn't stand a chance when a subway car mowed rover it. In fact, the bike was hit twice by two trains, once in each direction.

Thanks to the bike's electric components and batteries, sparks started flying almost immediately. "625 volts with a near-zero resistance to ground makes some interesting fireworks," one Redditor commented.

The video also showed the aftermath of the explosive encounter, which filled the entire area with yellow smoke and forcing onlookers to evacuate the area.

In short, just another day on the New York City subway.

The person responsible for throwing the bike onto the tracks has yet to be identified. According to the New York Post, the incident occurred at 10:25 pm on Sunday night. The person caused "substantial risk of injury and smoke condition," a police representative told the outlet.

So here's a word of warning, though we can't believe we have to spell it out: don't throw bikes with large lithium-ion batteries onto the subway tracks.

FROM THE DEPT. OF THINGS TO BUY
The Best eBikes of 2023
10. 30. 22
Read More
Good Riddance
After Public Rage, NYPD Secretly Fires Robot Dog
4. 29. 21
Read More
Dog Days
NYPD Robodog Involved in Arrest of Man With Gun
4. 15. 21
Read More
+Social+Newsletter
TopicsAbout UsContact Us
Copyright ©, Camden Media Inc All Rights Reserved. See our User Agreement, Privacy Policy and Data Use Policy. The material on this site may not be reproduced, distributed, transmitted, cached or otherwise used, except with prior written permission of Futurism. Articles may contain affiliate links which enable us to share in the revenue of any purchases made.
Fonts by Typekit and Monotype.