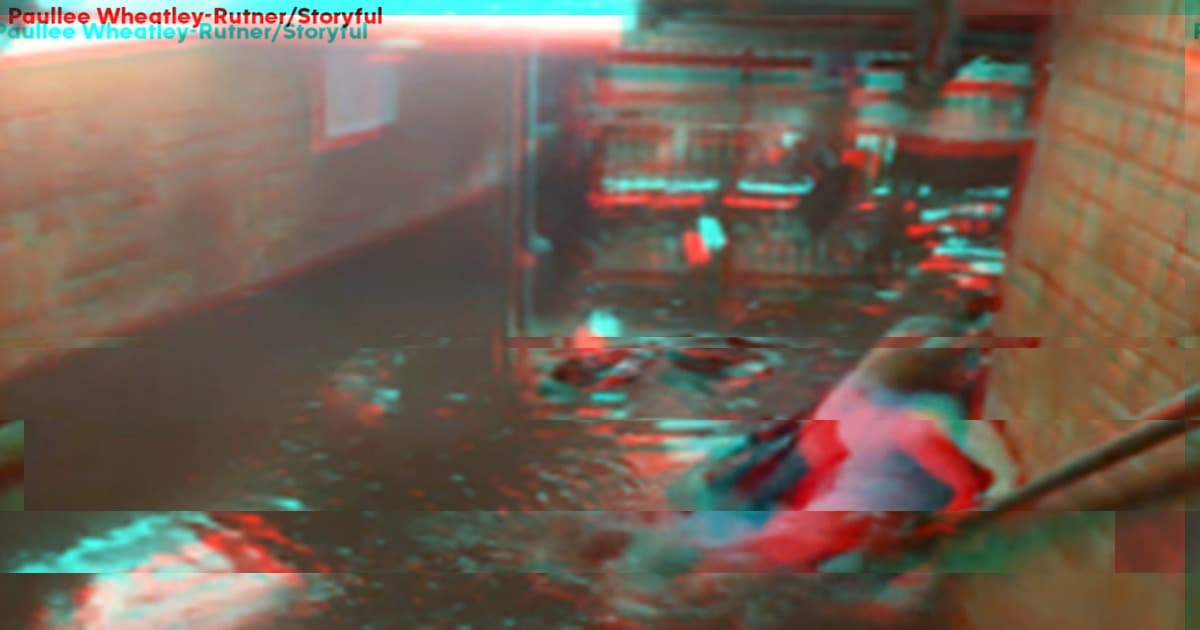 "I’m so glad the filibuster is here to fix this oh wait."

"I’m so glad the filibuster is here to fix this oh wait."

New York Rep. Alexandria Ocasio-Cortez took to Twitter on Thursday to sharply criticize politicians and the fossil fuel industry in the wake of flash floods that have struck the city in the past week.

The progressive US House representative was responding to a video posted by New York State Sen. Mike Gianaris of NYC commuters wading through filthy, murky waters to make it to their subway trains.

"'The Green New Deal, which is a blueprint to create millions of good jobs rebuilding infrastructure to stem climate change & protect vulnerable communities, is unrealistic,'" Ocasio-Cortez tweeted. "'Instead we will do the adult thing, which is to take orders from fossil fuel execs & make you swim to work.'"

I’m so glad the filibuster is here to fix this oh wait https://t.co/5i7Ki0bk9b

When It Rains, It Pours

AOC took aim at her fellow lawmakers again with another tweet shortly after the first — this time to sarcastically criticize the filibuster.

"I’m so glad the filibuster is here to fix this oh wait," she tweeted. Her post was accompanied by a video of the Major Deegan Expressway after it flooded and trapped several cars.

I’m so glad the filibuster is here to fix this oh wait https://t.co/5i7Ki0bk9b

AOC’s criticisms come as the Northeastern US is slammed by torrential rain brought on by tropical storm Elsa. Many areas throughout the region of the country, including NYC, have seen dangerously high waters and flooding.

Scientists believe that much of the extreme weather events like storms and flash floods can be directly attributed to climate change. For example, Andra Garner, a climate scientist at Rowan University in Glassboro, New Jersey, told The Guardian that flooding in NYC "has already become more frequent than in the past, and as long as we continue to warm the planet, we can expect more of this, not less."

In fact, Garner’s research indicates that NYC can see floods more than seven feet high every five years in the next decade due to rising temperatures, according to a paper she published in Proceedings of the National Academy of Sciences of the United States.

There’s also the issue of NYC’s strained infrastructure, which AOC also pointed out. Eric Adams, a former NYC police officer and the Democratic nominee for the upcoming mayoral election, laid the blame on "bad spending decisions" by the city’s transportation system in a tweet.

This is what happens when the MTA makes bad spending decisions for decades. We need congestion pricing $ ASAP to protect stations from street flooding, elevate entrances and add green infrastructure to absorb flash storm runoff. This cannot be New York. https://t.co/F6A5K4ahQT

Only time will tell whether Garner’s Cassandran prediction for NYC will come to fruition. So far, though, recent events are only proving her right — which could spell bad things for all of us.

Pricey NYC Housing Now Has an Added Cost: Your Personal Data
8. 14. 18
Read More
These Incredible Images Reveal the Evolution of NYC
6. 25. 17
Read More
New U-Shaped Skyscraper in NYC Could Become World's Longest Building
3. 23. 17
Read More
+Social+Newsletter
TopicsAbout UsContact Us
Copyright ©, Camden Media Inc All Rights Reserved. See our User Agreement, Privacy Policy and Data Use Policy. The material on this site may not be reproduced, distributed, transmitted, cached or otherwise used, except with prior written permission of Futurism. Fonts by Typekit and Monotype.