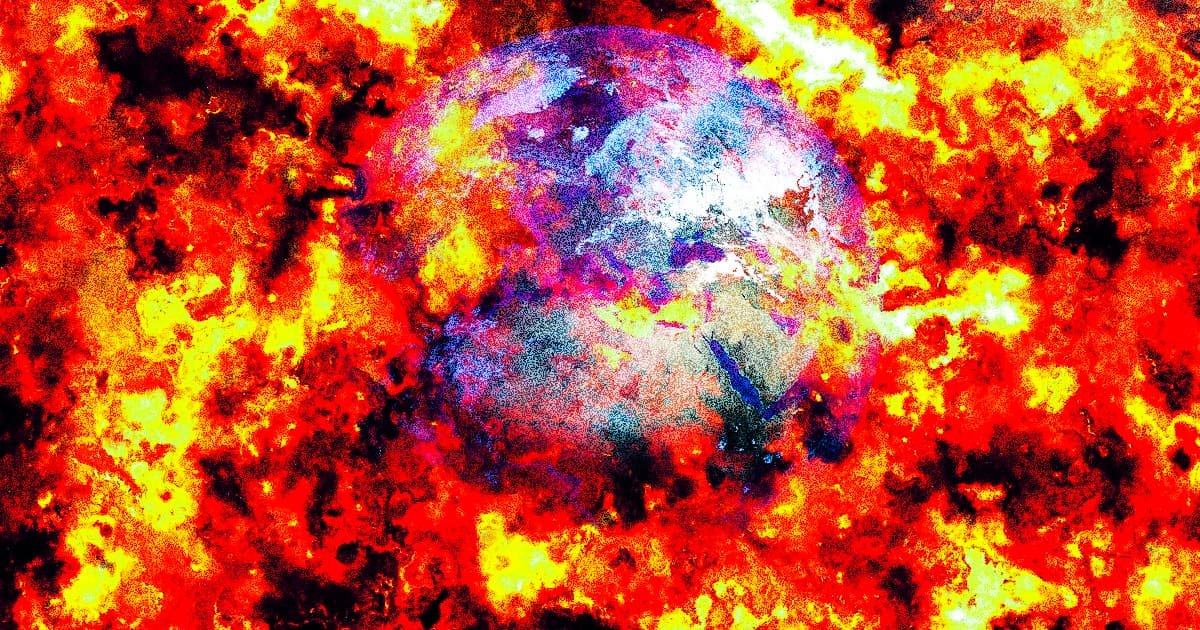 My world's on fire / how 'bout yours?

My world's on fire / how 'bout yours?

The planet is heating up to a dangerous extent, but given that you made your way to Futurism dot com, you're probably smart enough to already know that (or at least: believe it). But what scientists are just learning now, Earther reports, is that the planet is actually absorbing way more energy from the Sun than it used to, heating everything up even faster. How much more? Try "double."

The amount of solar radiation the planet absorbs and traps as heat on the surface of the planet and in the oceans has doubled in just 15 years, according to research published Tuesday in the journal Geophysical Research Letters. That increase in trapped energy is the same amount as if four of the nuclear bombs that destroyed Hiroshima were detonated every single second, study coauthor and NOAA Pacific Marine Environmental Laboratory researcher told The Washington Post. Or if every human on Earth was using 20 different electric kettles at all times.

"The magnitude of the increase is unprecedented," lead study author and NASA researcher Norman Loeb told WaPo. "The Earth is warming faster than expected."

Needless to say, that's bad news for the planet and for the survival of the millions of species that are currently dying off, or at risk of doing so thanks to the perils of climate change — chief among them these weird apes known as humans.

Walking on the Sun

As Earther notes, this sounds like the sort of research that the buffoons and bad actors who deny the reality of the climate change emergency might latch on to — it makes it sound like the problem stems from the Sun rather than the fossil fuel industry. But it's important to remember that it's the combustion of fossil fuels and the release of greenhouse gases into the atmosphere that creates the conditions through which the Earth can trap all that heat. In short, this is still definitely our fault.

"This study demonstrates that the planet as whole has been warming at an alarming rate during the past 15 years," Loeb told Earther. "We have every expectation that the warming will continue, but our hope is the rate at which its warming will slow down in the coming decades."