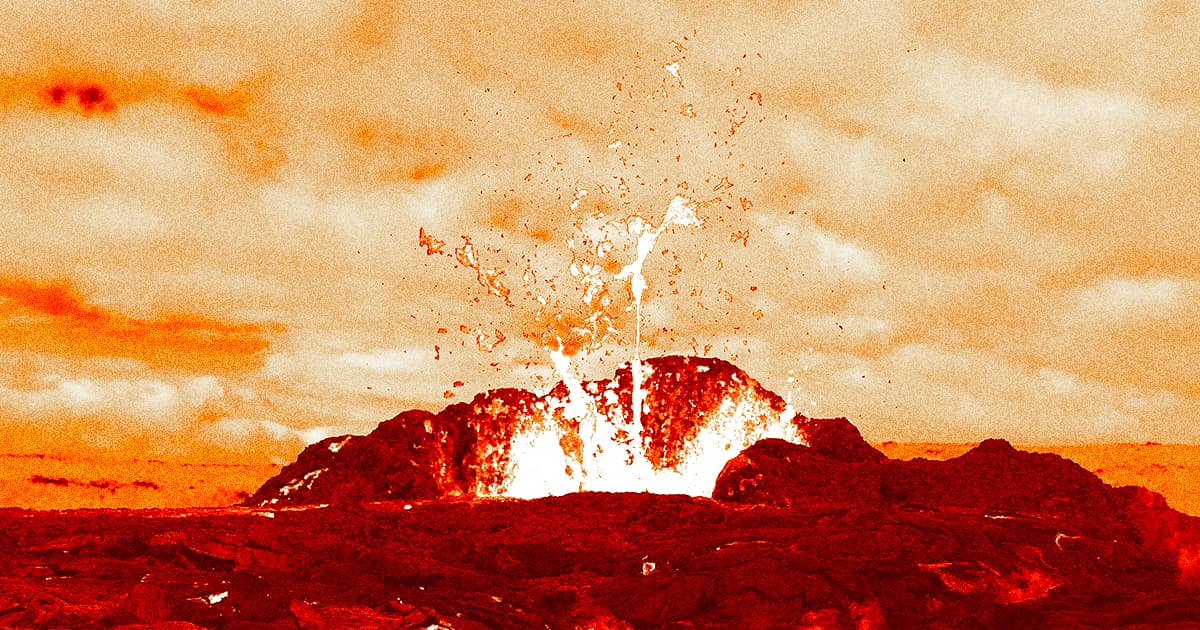 Watch a Drone Get Obliterated by an Erupting Volcano

Fagradalsfjall was ready for its closeup.

Fagradalsfjall was ready for its closeup.

A drone that was sent to investigate an erupting volcano met an unfortunate end. But thankfully, it caught its own demise on video.

YouTuber Joey Helms flew a camera drone up to Iceland's Fagradalsfjall volcano to get a close-up look at the eruption. But the volcano, which has been erupting since March according to the BBC, had other plans, and engulfed the drone in a spew of lava, destroying it immediately.

In the video, the drone continues to operate up until the last second before lava splashed up and engulfed it, capturing its own final moments on camera.

In the video description, Helms writes that first-person view drones like the one he used are notorious for crashing, so he was willing to assume the risk as he flew in for as close of a look at the lava river and the ongoing eruption as possible.

The flight certainly seemed to have paid off, at least from the outside, as the video gives an extraordinary view of the volcano as the drone seemingly plunges toward the lava.

More on volcanoes:Watching This Volcano Erupt From Space Is Absolutely Epic

Ocean Explosion
Hey Kids, Wanna See Satellite Footage of a Volcano Violently Erupting?
Jan 15
Read More
Death From Above
Autonomous Drones Are Dropping Rat Poison Bombs on This Island
1. 24. 19
Read More
Scientists Still Can't Find the Volcano Whose Massive Eruption Caused a Mini Ice Age
8. 10. 17
Read More
+Social+Newsletter
TopicsAbout UsContact Us
Copyright ©, Camden Media Inc All Rights Reserved. See our User Agreement, Privacy Policy and Data Use Policy. The material on this site may not be reproduced, distributed, transmitted, cached or otherwise used, except with prior written permission of Futurism. Articles may contain affiliate links which enable us to share in the revenue of any purchases made.
Fonts by Typekit and Monotype.