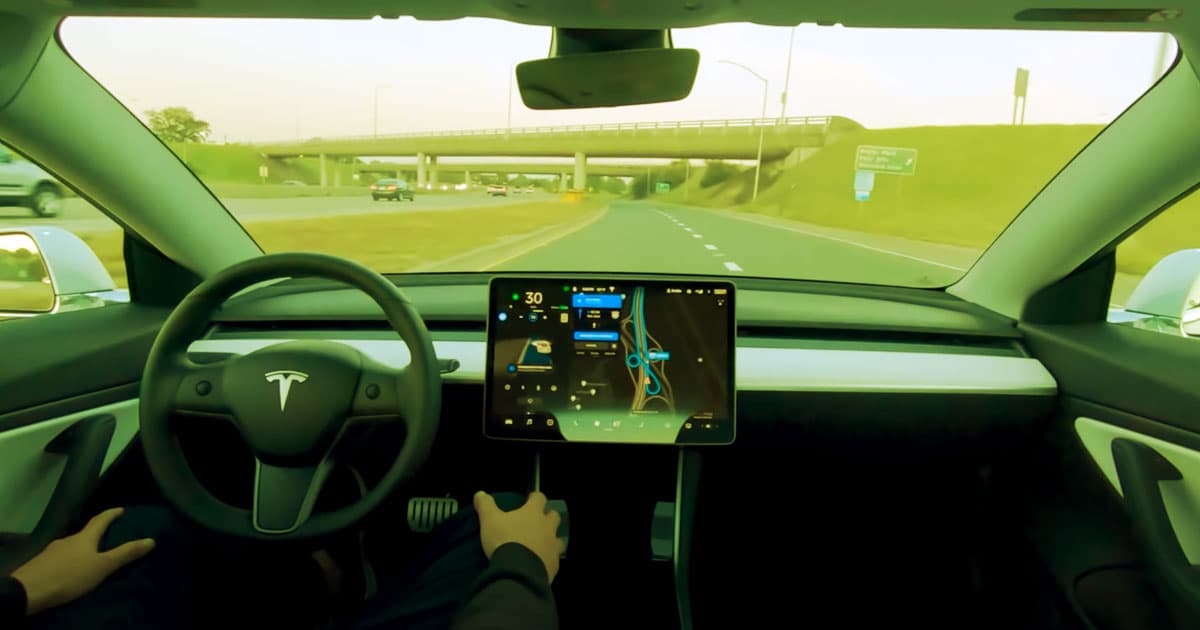 "Tesla has yet to produce anything even remotely approaching a fully self-driving car."

"Tesla has yet to produce anything even remotely approaching a fully self-driving car."

Tesla is being sued for misleading the public by calling its controversial driver assistance features "Autopilot" and "Full Self-Driving," Reuters reports.

According to the complaint filed in a San Francisco federal court this week, Tesla CEO Elon Musk has been deceiving its customers by promising that fully-fledged, autonomous driving is "just around the corner."

And that's not exactly unfair, considering Musk has been promising self-driving cars "next year" every year since 2014. Eventually? Sure. Imminently? So far, no dice.

Despite that branding, the driver assistance features still "require active driver supervision" from a "fully attentive" driver, because they are "not fully autonomous today," as Tesla admits on its own website.

Plaintiff Briggs Matsko argued that Tesla and Musk made these promises to "generate excitement" and boost sales as well as its stock price, as Reuters reports.

But despite its best efforts, "Tesla has yet to produce anything even remotely approaching a fully self-driving car," Matsko said.

The lawsuit echoes complaints filed by California's Department of Motor Vehicles earlier this year. The department alleges that the electric automaker put out "untrue or misleading" advertisements on its website in relation to its Full Self-Driving and Autopilot tech.

Dozens of collisions involving Tesla and its self-driving tech are also being investigated by The National Highway Safety Transportation Administration.

All told, stormclouds are gathering over the company's self driving efforts — and it just may take delivering on its outsizes promises to dispel them.

More on FSD: Elon Musk Snaps at Guy Who Pointed Out Bug in Tesla's Beta FSD