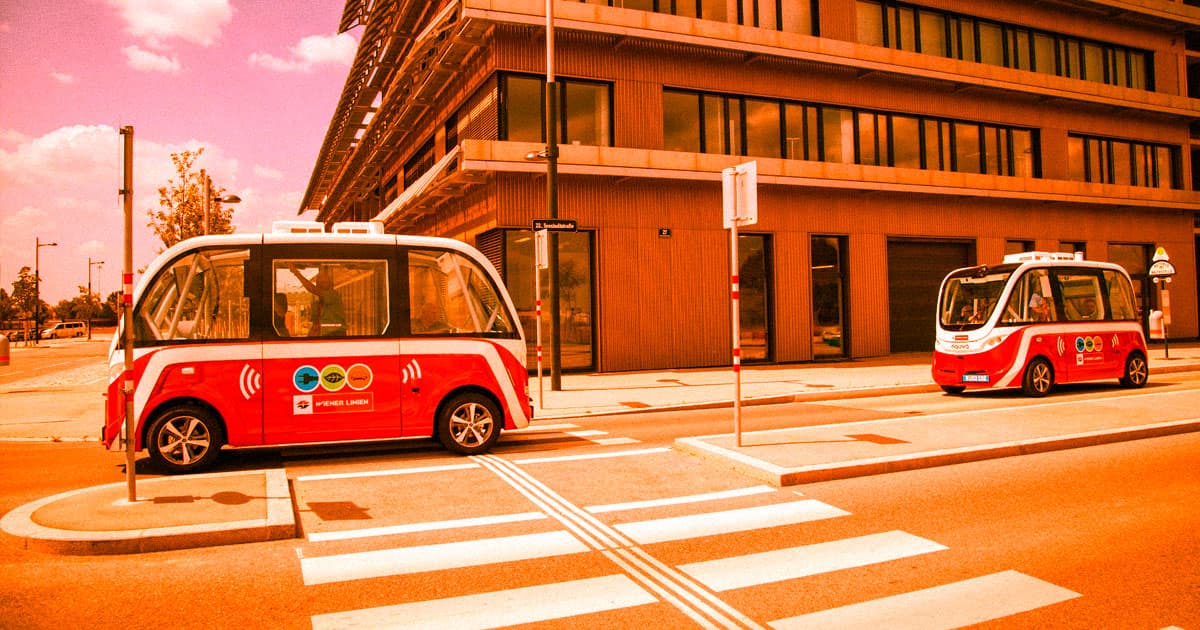 The self-driving shuttle trial is now on hold.

The self-driving shuttle trial is now on hold.

A driverless bus collided with a 30-year-old woman in Vienna on Thursday while traveling at 7.5 mph, according to Bloomberg. The self-driving shuttle trial that had been operating since June in the European capital was put on hold in light of the accident.

A statement by NAVYA — the French autonomous vehicle company behind the trial — received by The Verge revealed that the pedestrian was allegedly wearing headphones and looking at her phone. The woman only suffered "minor scratches," according to the statement.

"We are already analyzing the logs of the incidents in order to shed light on what happened," NAVYA's statement read. "For this reason, the buses remain in the garage until they are clarified."

NAVYA is currently running self-driving shuttle service trials in dozens of cities across the globe. It's still unclear if NAVYA will put other trials on hold as well.

Nonetheless, the incident is bad news for the autonomous driving industry: regulators have been scrutinizing similar projects in the U.S. and other parts of the world.

And it's not the first collision of its kind. For instance, one of Uber's self-driving cars struck and killed a pedestrian in Arizona in March 2018. Both NAVYA's shuttle and Uber's self driving car had a safety driver on board.

AV Driver's Ed
An Autonomous Car Learned How to Drive IRL Inside a Simulation
12. 13. 18
Read More
AI Cars
Chip Maker NVIDIA is Bringing Its AI Driving Chip to China
11. 21. 18
Read More
This Week in Tech
This Week in Tech: Oct 6 - Oct 12
10. 12. 18
Read More
+Social+Newsletter
TopicsAbout UsContact Us
Copyright ©, Camden Media Inc All Rights Reserved. See our User Agreement, Privacy Policy and Data Use Policy. The material on this site may not be reproduced, distributed, transmitted, cached or otherwise used, except with prior written permission of Futurism. Articles may contain affiliate links which enable us to share in the revenue of any purchases made.
Fonts by Typekit and Monotype.