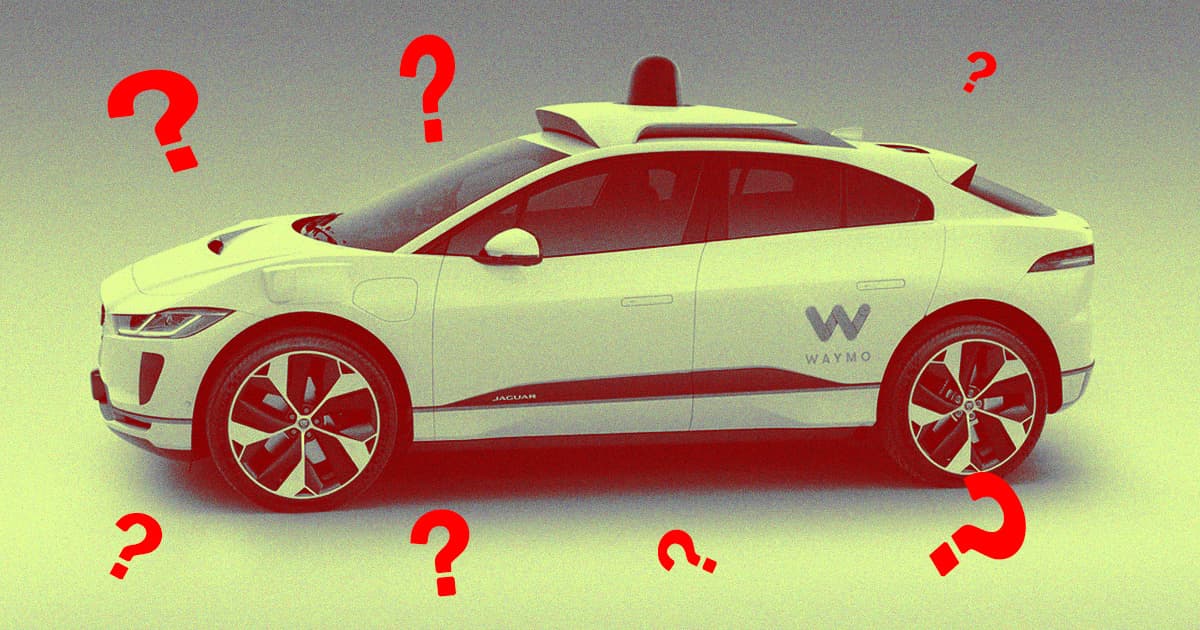 The future is here, it's just stuck in the corner.

The future is here, it's just stuck in the corner.

Well, this is a new one. Waymo, a Google offshoot that develops usually-impressive self-driving cars, has run into a problem as dozens of its semi-autonomous vehicles are getting stuck on the same dead-end street.

15th Avenue in San Francisco's Richmond District is normally a quiet, residential, and — pivotally — dead-end street. But for the past several weeks, it's become a hotspot of confused autonomous cars that reach the end, get stuck, and usually require human intervention to turn around, CBS affiliate KPIX reports. It's a bizarre glitch that, while not seemingly dangerous, does show that we still have a way to go before autonomous vehicles are ready for primetime use.

On some days, several of the cars will appear at the same time, drawn to the dead-end street for some algorithmic reason that no one has been able to determine. Resident Jennifer King told KPIX that the cars have been showing up, seemingly nonstop, for weeks.

"There are some days where it can be up to 50," King said. "It's literally every five minutes. And we're all working from home, so this is what we hear."

When KPIX asked Waymo what was going on, the company seemed as confused as its vehicles. A Waymo spokesperson reportedly asked for more details on the situation including the specific location of the dead-end, and has yet to provide any answers. The human drivers, who sit behind the steering wheel for safety purposes, didn't have much to add, though Futurism's previous reporting shows that they're not really allowed to discuss much anyway.

"We have talked to the drivers, who don't have much to say other than the car is programmed and they're just doing their job," King told KPIX.