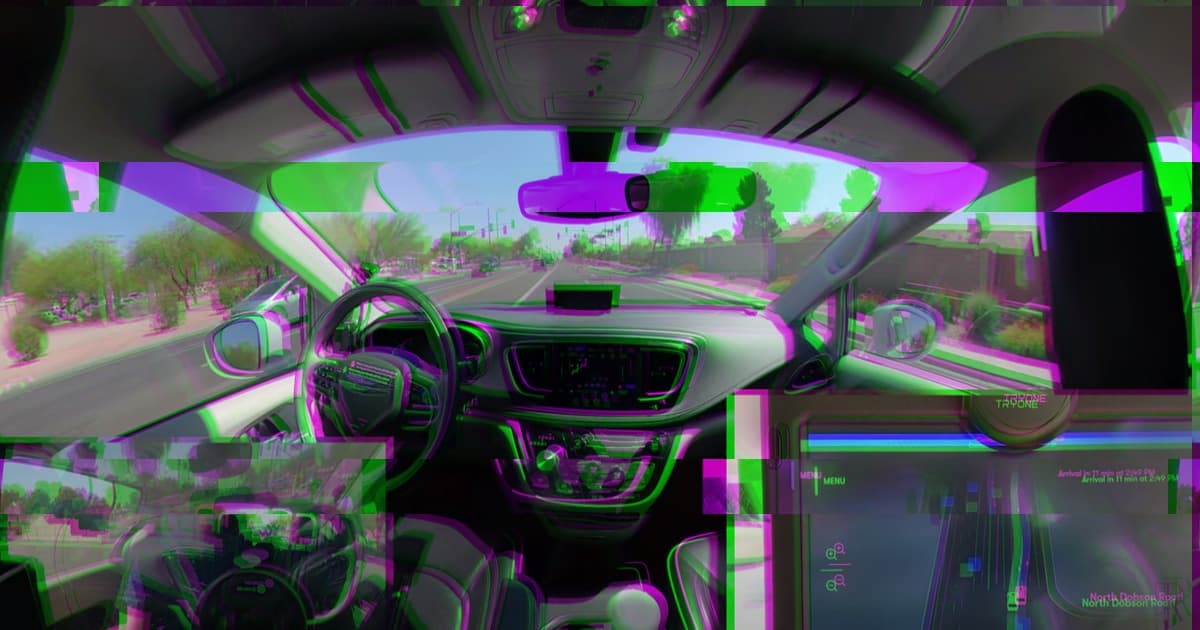 A self-driving taxi got stuck in traffic in Chandler, Arizona — and when a tech support team showed up to free it, the car absconded and blocked a three-lane road.

Joel Johnson was riding in an autonomous minivan operated by Waymo, a self-driving vehicle development company, when the car halted in the street after encountering orange safety cones, according to The Verge. The cones ended up confusing the vehicle enough to stop it entirely.

"I don’t think it’s going to take this turn," Johnson said in the video. "We might be stuck."

Johnson recorded the incident and published the video on his YouTube page where he frequently posts about his experiences using Waymo under the username JJRicks Studios.

Check out the full video of his experience below:

After getting stuck in the road, Johnson called Waymo’s roadside assistance team for help. While waiting for their arrival, the car seemed to figure things out momentarily and made the right turn… only for it to grind to a halt again after encountering the orange cones.

"I don’t think it was supposed to do that," Johnson said with a laugh. "Oh no. Now it’s blocking the entire road."

When the roadside assistance team did arrive, the car sprang into motion again and drove down the road before stopping at an intersection and blocking three lanes of traffic.

Roadside assistance was able to eventually catch up with Johnson and the wayward minivan.

The entire situation is a bit embarrassing for Waymo. The company currently owns 600 vehicles in its entire fleet with more than 300 vehicles operating in Arizona, according to The Verge. The situation is also sure to throw more doubt on the efficacy of self-driving vehicles.

But it’s nice to know that if autonomous vehicles ever decide to go rogue, they can be stopped by a bit of orange plastic.

READ MORE: A driverless Waymo got stuck in traffic and then tried to run away from its support crew [The Verge]

More on self-driving cars: Tesla Keeps “Slamming On the Brakes” When It Sees Stop Sign on Billboard

Red Light
Godfather of Self-Driving Cars Says the Tech Is Going Nowhere
10. 9. 22
Read More
Steering Wheels Coming Off
Automotive Lobbying Group Abandons the Term "Self-Driving"
1. 26. 22
Read More
Elon Take the Wheel
Tesla's In-Car Cameras Are Now Spying on Drivers to Make Sure They Pay Attention
6. 1. 21
Read More
+Social+Newsletter
TopicsAbout UsContact Us
Copyright ©, Camden Media Inc All Rights Reserved. See our User Agreement, Privacy Policy and Data Use Policy. The material on this site may not be reproduced, distributed, transmitted, cached or otherwise used, except with prior written permission of Futurism. Articles may contain affiliate links which enable us to share in the revenue of any purchases made.
Fonts by Typekit and Monotype.