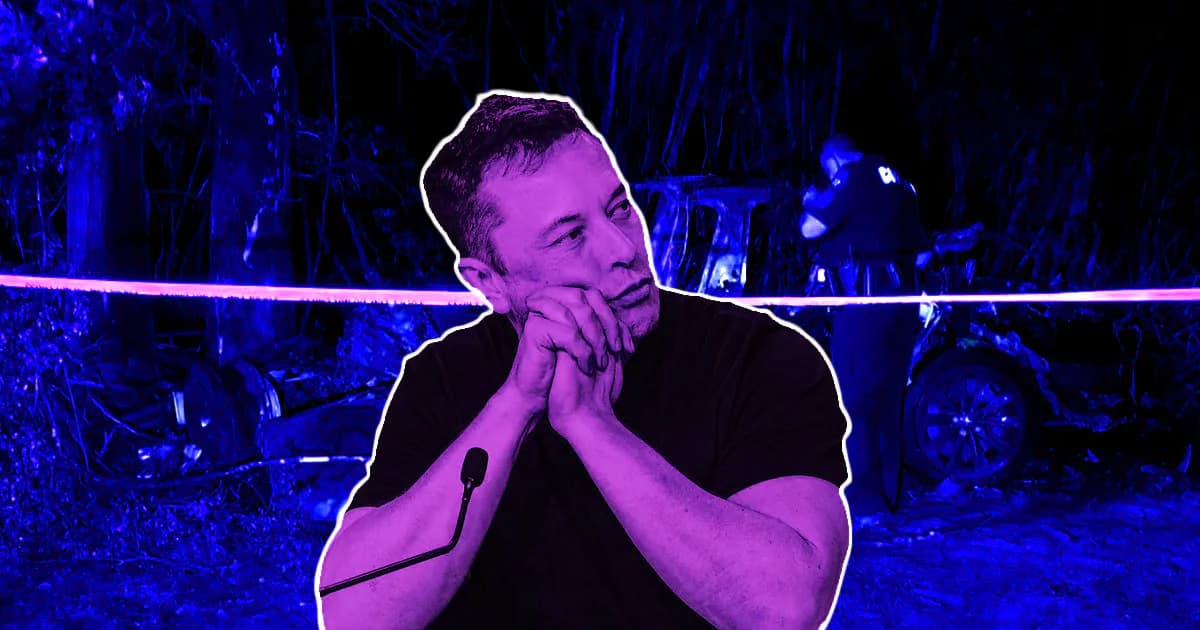 Early reports suggested at the time that neither of the two passengers were sitting behind the wheel at the time of the crash, prompting speculation surrounding Tesla's controversial Autopilot feature.

The new report, however, suggests that footage from the vehicle's owners' home security cameras, as reviewed by the National Transportation Safety Board (NTSB), showed the two passengers entering and occupying both front seats of the vehicle.

It's important to note, though, that the men switched seats after leaving home and before the deadly crash. And a witness did hear them discussing Autopilot prior to getting into the vehicle.

The NTSB's investigation also found that Tesla's automated "Traffic-Aware Cruise Control," one part of its Autopilot feature that controls the vehicle's speed and distance to vehicles in front of it, could have been engaged.

But a different part of the Autopilot suite, Autosteer, which as its name suggests allows the vehicle to steer itself, was "not available on that part of the road," according to the report.

It's yet another puzzle piece in an investigation that has already seen many twists and turns. Following the crash, Tesla CEO Elon Musk was adamant that Autopilot was not engaged during the crash.

Conflicting reports have also raised questions about whether somebody was in the driver's seat. According to Tesla's investigations, there was in fact somebody in the driver's seat — contradicting first responders who found with a high degree of confidence that "there was no one driving that vehicle," as Harris County constable Mark Herman told local Houston news station KHOU.

It's still possible that the vehicle's restraint control module, a kind of black box that records a host of data, can provide investigators — and the public — with some answers. The module was recovered but was damaged in the ensuing fire.

"All aspects of the crash remain under investigation as the NTSB determines the probable cause, with the intent of issuing safety recommendations to prevent similar crashes," the NTSB concluded in its preliminary report.

The story is far from over, with plenty of questions we still don't have answers for. Hopefully, we'll know more soon.

More on the crash: Senator Slams Musk for Talking About Deadly Tesla Crash