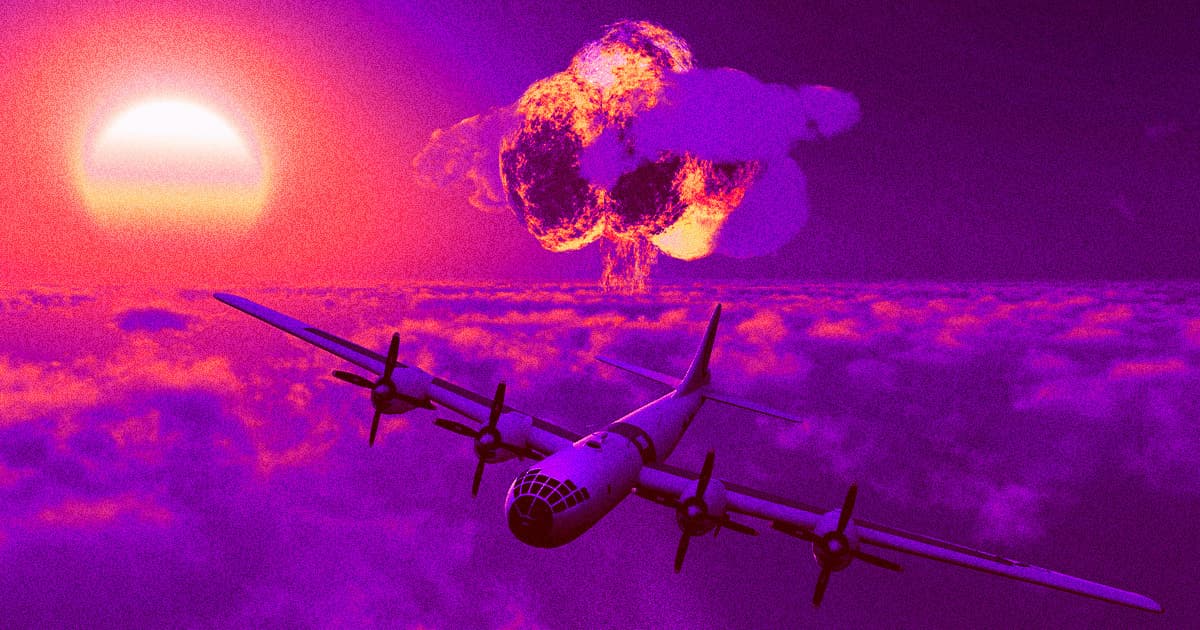 The scientist-activists who run the Doomsday Clock have once again ticked it forward, bringing humanity's estimated chances of its own nuclear annihilation closer than ever.

A statement published by the Bulletin of the Atomic Scientists, the group behind the Doomsday Clock, cited Russia's invasion of Ukraine and the potential for a "hot war" between NATO and Russia as its reasoning for moving the clock a mere 90 seconds to midnight.

Founded in 1945 by Albert Einstein and the scientists who would have been his colleagues had the US granted him security clearance to work on the atomic bomb-building Manhattan Project, the BAS has every year since 1947 warned of the preceding annum's biggest risks to humanity — and this year, those risks are all about Russia.

"Russia’s thinly veiled threats to use nuclear weapons remind the world that escalation of the conflict — by accident, intention, or miscalculation — is a terrible risk," the statement reads. "The possibility that the conflict could spin out of anyone’s control remains high."

While not mentioned in the statement, the country formerly known as the Soviet Union has some pretty jarring past precedents to take into consideration: the 1983 "false alarm" incident in which USSR radar picked up and subsequently alerted officials about phony readings from the West that were initially interpreted as warhead-carrying spy planes coming out of the US.

The protocol, which wasn't followed, would have been to strike back. If Stanislav Petrov, the Soviet Air Defense officer in charge of the early-warning station located that detected the misinterpreted signals, hadn't trusted his gut when it told him they were false alarms, nuclear war would almost certainly have broken out.

Back in the present, the concerned scientists note that beyond just the heating up of the new cold war, Russia's Ukrainian aggression has also "undermine[d] global efforts to combat climate change," and its fake news about Ukraine developing bioweapons may indicate that it's doing exactly that.

While "there is no clear pathway for forging a just peace that discourages future aggression under the shadow of nuclear weapons," the BAS urged open engagement with peace talks between NATO and Russia — not just for the sake of heading off war, but for the sake of helping the planet avoid further catastrophe, too.

More on nukes: New Study Shows Where You Should Hide To Survive A Nuclear Attack

Apocalypse Now
Horrific Simulation: Nuclear War Would Kill Five Billion People
8. 16. 22
Read More
Dialed Up
Spain Forcing Public Places to Set AC at or Above 81 Degrees Fahrenheit
8. 4. 22
Read More
Good Neighbors
German Government Says It May Keep Nuclear Plant Open After All
7. 31. 22
Read More
+Social+Newsletter
TopicsAbout UsContact Us
Copyright ©, Camden Media Inc All Rights Reserved. See our User Agreement, Privacy Policy and Data Use Policy. The material on this site may not be reproduced, distributed, transmitted, cached or otherwise used, except with prior written permission of Futurism. Articles may contain affiliate links which enable us to share in the revenue of any purchases made.
Fonts by Typekit and Monotype.